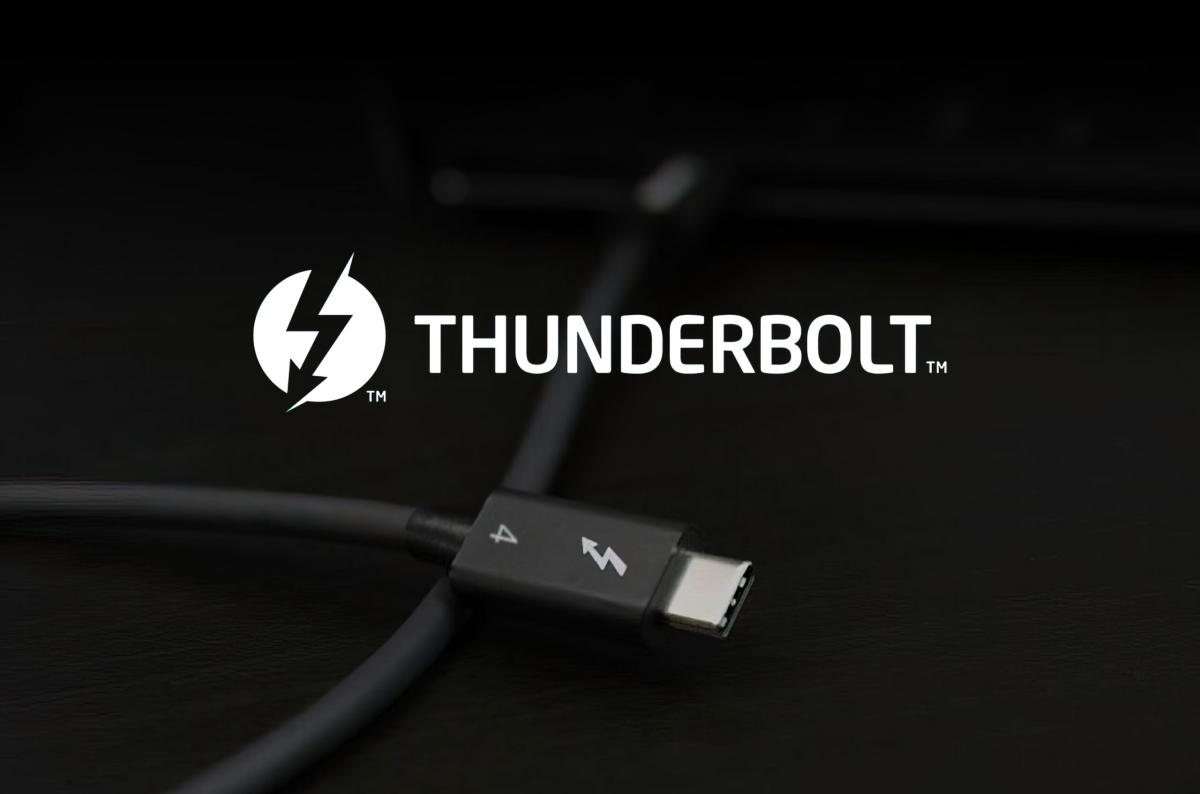 Share
Facebook Twitter LinkedIn Pinterest
Today we come to differentiate between the two most similar ports on the market: Thunderbolt and USB-C. These two ports look identical, but as you may have guessed, they don’t offer exactly the same thing.

If you have purchased a mobile device, it most likely has a charging port. USB-C (or USB Type-C). All MacBooks, Chromebooks, and Windows laptops have at least one. Almost all new Android smartphones have it. Most tablets have it.

And there’s something wonderful about it: being able to use the same charging cable to recharge each of your devices. It is a wonder. But there is a catch: although they look identical, not all of these ports can do the same thing. That is why today we are going to talk about Thunderbolt and USB-C.

Since its appearance almost a decade ago, USB-C technology just got better. Each new generation of USB-C has brought with it faster charging speeds, faster data transfer speeds, and even more advanced video output capabilities.

The two main Technologies that have advanced the capabilities of the USB-C port have been the introduction of Power Delivery (PD) and Thunderbolt, and many of today’s smartphones, tablets, laptops, and desktop computers support both. This is what you should know.

USB Type-C, or USB-C as it’s often called, simply refers to the shape of the connector itself. For reference, the iconic rectangular-shaped USB cable is actually USB Type-A, less commonly known as the standard-A connector.

In this case, the Type refers to the shape of the connector itself, while the version of the USB is expressed in numerical forms, such as USB 1.0 or USB 3.2, and dictates the performance of the technology within the cable.

USB-C is smaller than its Type A and B predecessors, and its symmetrical oval shape makes plugging the cable in backwards a thing of the past. USB-C cables are available in all of the latest USB standards, including USB 3.2 and USB 4.

When Apple and Intel first introduced Thunderbolt, it was exclusive to the MacBook Pro, but the advent of Thunderbolt 3 made the new speeds available to any USB-C port. The latest iteration is Thunderbolt 5.

What is USB-C with Thunderbolt?

Thunderbolt is a data transfer technology that enables a USB-C port to offer faster data transfer speeds. It is, so to speak, like a bandwidth certification.

For example, a USB-C port that does not support Thunderbolt is capable of transfer speeds of up to 20 Gbps (This refers to a USB-C 3.2 port; an older USB-C 3.1 port has a maximum of 10 Gbps.)

Lhe new Thunderbolt-compatible USB-C ports are capable of twice that speed, reaching a maximum of 40 Gbps, which not only allows you to transfer files (such as photos and videos) much faster.

The best thing is that the compatibility with Thunderbolt provides the USB-C port with enough bandwidth to output video. A non-Thunderbolt USB-C port cannot output video, which means you need a Thunderbolt-enabled USB-C port if you want to connect your device to an external monitor or TV.

Are all USB-C ports compatible with Thunderbolt the same?

No. In the middle of 2022 there are two common types of USB-C ports that support Thunderbolt (1, 2, 3 and 4), the latter being the most advanced. And while both can transfer data at up to 40 Gbps, a Thunderbolt 4 port is significantly better at outputting video.

massive layoffs and cuts in stores after the drop in sales, according to El Confidencial