Doki Doki Ragnarok: the meeting between a Viking and Tinder on iOS 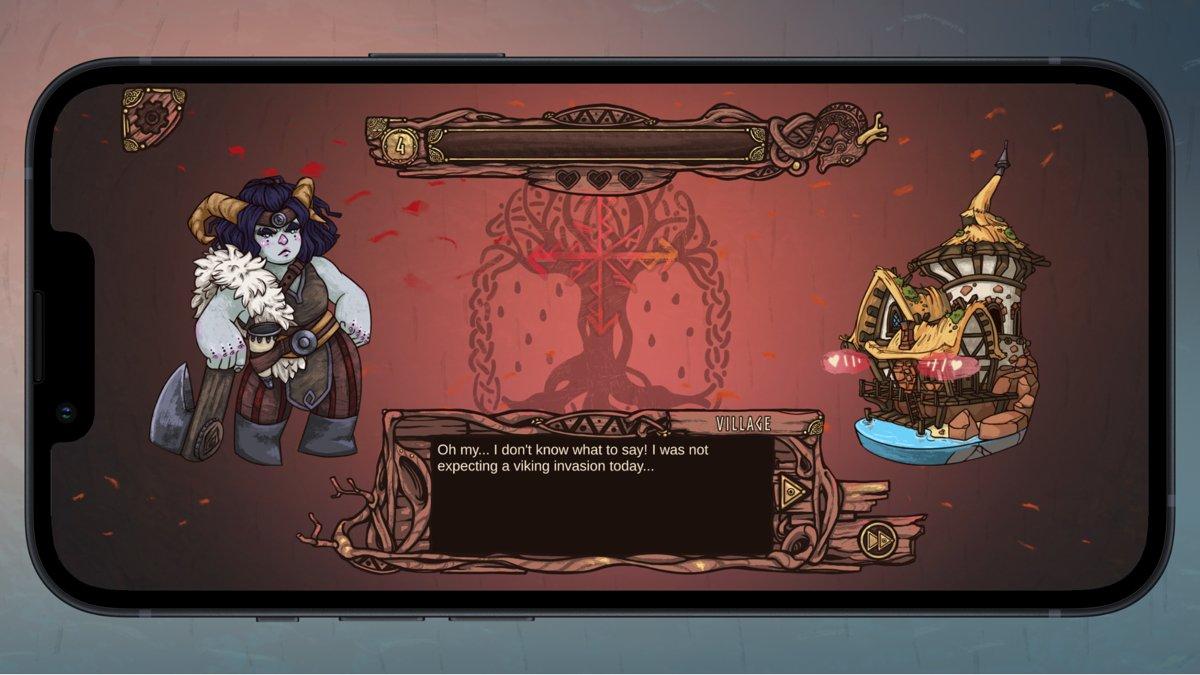 It is certainly the time that wants that, the meetings are no longer in real but on the net. Worse, we no longer speak of a soul mate but of several dates at the same time. This is what the Viking dating simulator soberly named Doki Doki Ragnarok offers us.

The developer BrutalHack has done a market survey and wants to respond to it with its title Doki Doki Ragnarok. This is a dating sim visual novel in which you play as a Viking who, in order to be able to carry out a consensual raid on a village, must go to meet these villages and try to conquer them.

Dating an entire village is no small feat, as you’ll have to get along with all the locals and their various wants and desires. Like a reality TV show, it’ll be up to the villagers to decide if you’re the kind of Viking they want to see plundering their village or if there just isn’t a chemistry between you. Concretely, you choose a Viking from a wide range and you must understand the expectations and particularities of each village in order to conquer its heart and, if affinity, its goods. It is even possible to revisit a previous conquest. Watch the video trailer of this strategy game like no other:

For Vikings, plundering a village is more than just war: it’s about dating, flirting, and consensual understanding. Show that you hold a conversation as easily as you carry an axe.

Yes, the whole game is stupid and absurd, it’s just a kind of parody of our current crazy life. An allegory of the mores of 2022 transposed to the Vikings, it’s quite funny. Doki Doki Ragnarok was launched on PC a few months ago and received a positive reception due to its completely crazy side, and one can easily imagine that it is the kind of game which will translate very well on the touch screen . It will launch on the iOS App Store on June 1 for €3.99 and you can pre-order it now. It is also expected to hit the Google Play and Amazon app stores at a later date. We’ll be sure to update the article the day it comes out.