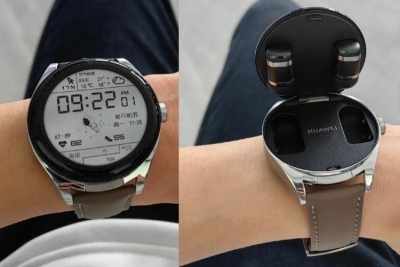 Technology News Desk!!! Chinese tech giant Huawei has confirmed the existence of the device Huawei Watch Buds, which includes earbuds below the dial, on Chinese Twitter-like site Weibo, media reported. The Huawei Watch Buds, as the name suggests, are a pair of earbuds hidden within a smartwatch, reports The Verge. It’s unclear what kind of performance or battery life users can expect from this product, but the watch itself appears to run HarmonyOS (Huawei’s own operating system). Moreover, the tech giant had promised to unveil the device on December 2 but reportedly postponed the launch due to some unexplained reasons. The report said that several outlets speculated that it was to honor the passing of former CCP General Secretary Jiang Zemin on 30 November. The report adds that the smartwatch could be a useful solution for runners and other athletes who don’t want to carry a separate earbud case during workouts. There are currently no details available regarding the pricing and regional availability of the device.