Elon Musk reached Apple’s headquarters after the ruckus, this happened with Tim Cook; Posted the video myself 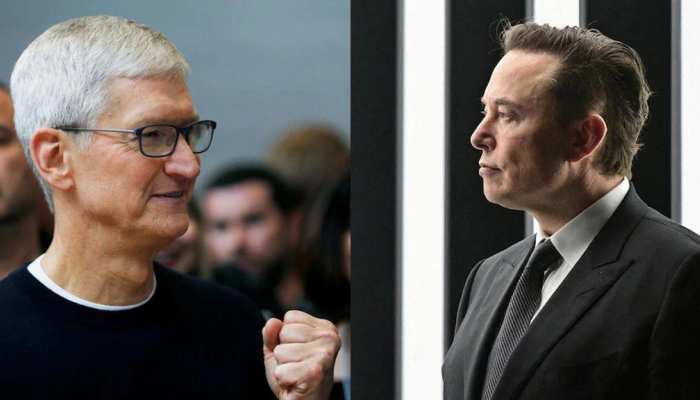 Share
Facebook Twitter LinkedIn Pinterest
Tech News Desk – After becoming the owner of Twitter, Elon Musk is waging a war of words on Twitter. Elon Musk comes up with a new issue every week. Elon Musk had a fight with the Apple company a few days back. Fearing that Twitter would be banned from the Apple Store, he clashed with Apple CEO Tim Cook. He tweeted asking Apple whether it supports the idea of ​​free speech and asked CEO Tim Cook what he thought about it. Tim Cook met Elon Musk after the uproar and pacified the matter. Tim Cook called Elon Musk to Apple’s headquarters for talks after creating a ruckus on social media. Elon Musk has shared this information on Twitter. Musk shared a video on Twitter, which showed a glimpse of Apple’s office. In the video, Musk is seen walking with Tim Cook.

After the drama built, Musk put out a second tweet and calmed down the matter, assuring that Apple never considered banning the app from the App Store. In the tweet, Musk wrote, ‘Good conversation. Among other things, we cleared up some misconceptions about Twitter potentially being removed from the App Store. Tim was clear that Apple has never considered doing this. Earlier, Elon Musk tweeted when he learned that Apple is considering removing Twitter from its App Store. Elon Musk asked Apple on Twitter that this is all for the idea of ​​free speech. Finally he asked Tim Cook, ‘What’s going on?’