everything you need to know about this anti-Instagram social network 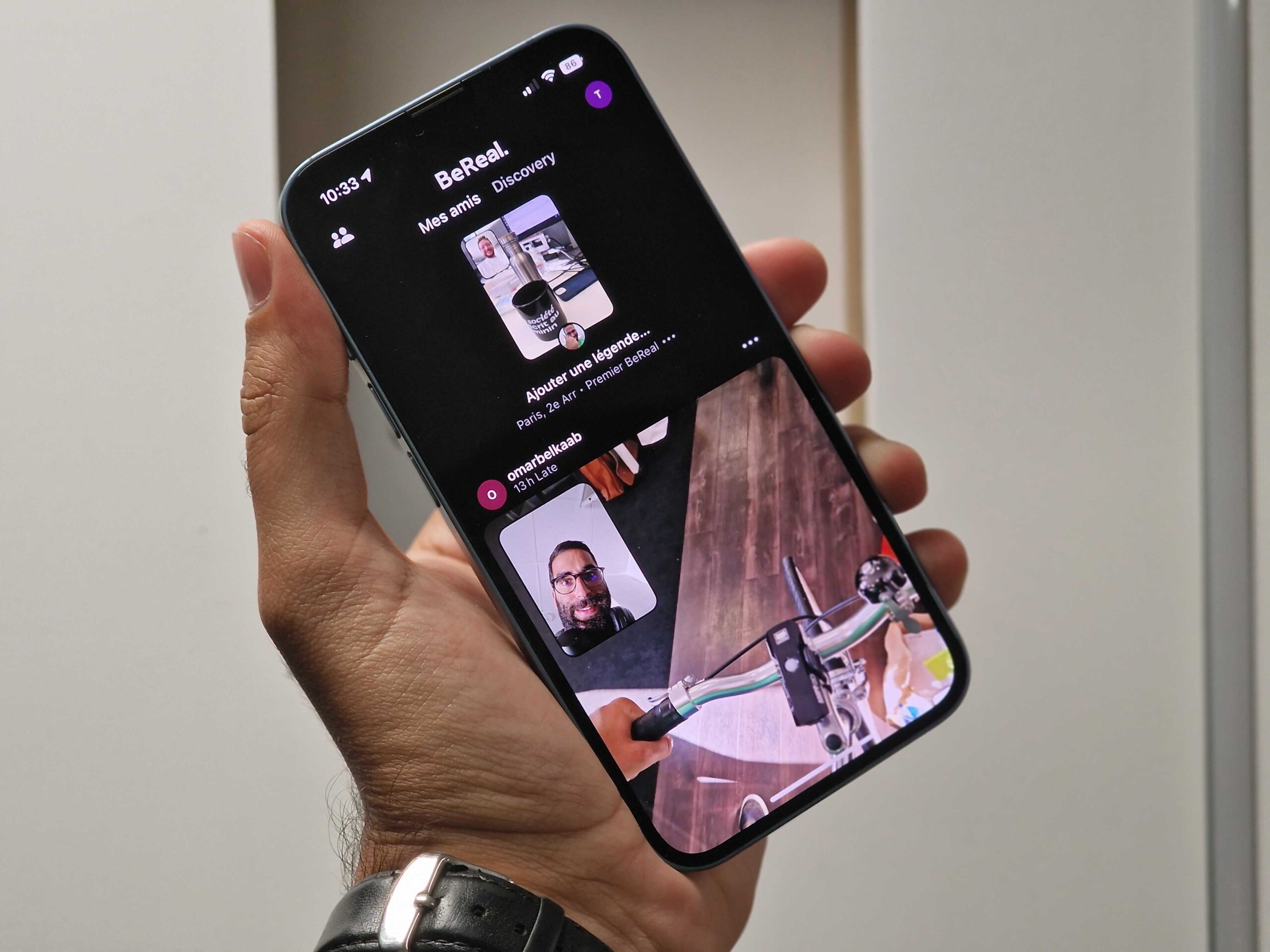 The BeReal application gives access to a social network where each person is invited to post, once a day, a photo of what they are doing. However, it is the platform that decides when to publish and not the users. The platform wants to bet on authenticity.

The name of the BeReal application is not insignificant. This social network wants to make sure that your publications keep an authentic aspect. It stands out from competitors like Instagram where people basically share beautiful images. The concept can be summarized very simply: when the application invites you, you must post a photo of what you are doing at the moment T, without artifice.

BeReal has also been very successful with more than 5 million downloads recorded on the Play Store since the beginning of 2020. The social network is on the rise mainly in the United States, but also in France, the platform’s country of origin. , or in the UK.

Here we tell you what you need to know to understand everything at BeReal.

Contents hide
1 The concept of BeReal
1.1 Who is behind BeReal?
2 How does BeReal work?
3 Who can see, comment and react to BeReal?
4 How to react to a BeReal?
5 What is the difference between BeReal and Instagram?
6 How to delete a BeReal?

The concept of BeReal

On BeReal, you are invited to post photos daily, but you don’t really decide the exact time of publication. It is indeed the application that chooses for you by sending you a notification. This warns you that you have two minutes to take your photo. In reality, you can take all your time, but the application will indicate, next to your publication, the delay that you took to share the publication.

Why such a functioning? The goal of BeReal is not to present you under your best profile, perfectly dressed or necessarily in an exceptionally beautiful place. The social network wants to highlight “real” moments of life. That’s why he wants to avoid giving you time to prepare for a long time before a shot, because it could distort the authenticity of the scene. Thus, BeReal presents itself as being ” the first uncontrollable network“.

Who is behind BeReal?

The two creators of BeReal are called Alexis Barreyat and Kévin Perreau. They notably went through the 42 school founded in France by Xavier Niel, the boss of Iliad (Free). As pointed out 20 Minutes their service presents itself as a “ anti instagram “.

The two French developers can above all count on the American market, where BeReal rose to first place among the most downloaded applications on the App Store in July 2022. In the week of July 11 alone, the app was installed on 1.7 million devices, claims theLos Angeles Timesbased on the analyzes of the firm Sensor Tower.

How does BeReal work?

As we said, you have to wait for the notification from BeReal to share a post. But, once the alert has been received, what should be done? It’s quite simple. Clicking on the notification opens the application. From the latter, you will have to take a picture of what is in front of you using the rear camera of your smartphone. A long timer of two minutes in total lets you know how much time you have left to capture the snapshot.

Once the picture is taken, it’s not over. BeReal will also use your phone’s front photo sensor to take a selfie. So the post you share will show where you are, but also show your head in a corner of the image. All you have to do is validate the operation and add a caption to the photo if you wish.

BeReal is above all a social network. Thus, the service gives users the opportunity to comment or react to your publications. However, it is up to you to configure the visibility of your photos. You can decide to share them only with your friends or to make them public so that they appear in the Discovery tab.

In this section, you will be able to see the publications of users around the world. Note also that you can change the visibility of a BeReal after publishing it.

How to react to a BeReal?

Other people’s posts on BeReal are accompanied by two buttons: a speech bubble and an emoji. The first allows you to comment on the photo, the second is used to react with a reaction. Please note that the reactions on BeReal are not simple emojis.

The application indeed asks you to take a selfie where you show your reaction.

BeReal also invites you to imitate an emoji in your photo.

BeReal wants to mark its difference with social networks like Instagram by betting on the card of authenticity. Since you don’t actually have control over when you post, what you share is meant to better represent your real life. Note in passing that unlike other platforms, BeReal does not offer photo editing tools to beautify the scene or your face. It’s pretty consistent.

On the other hand, this application may want to stand out from the others, it does not escape the very common practices in this very competitive sector where all the players tend to copy each other. Thus, TikTok has already launched a Now function whose concept is very similar to that of BeReal. At the same time, Instagram and Snapchat are each testing new options that are also part of this trend.

How to delete a BeReal?

You can delete a BeReal from the app’s home page by clicking on the three small horizontal dots near your name (above the shared photo). You will come across a menu with three entries, the last allows you to “to delete [votre] BeReal“.

Attention. By choosing this option, you will be entitled to a warning from the application. This warns that any deletion is permanent and that you can only delete one photo per day. This is not the only caveat. “Be careful with the next photo you take, you won’t get a second chance“.

Elon Musk teases the arrival of X, his “all-in-one” social network based on Twitter

Activate Airtel users 5G network in minutes, you will get rocket-like internet speed