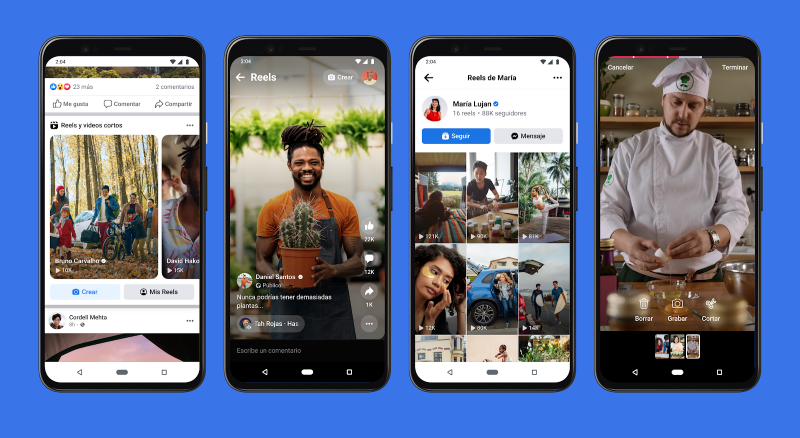 And it is not for less, currently one in three young people spend around 6 hours a day on their smartphones and internet users worldwide spend about 2 hours and 27 minutes on social networks, according to the ‘Digital Report 2021’ prepared by Hootsuite and We are social.

Reels can be Instagram’s weapon against TikTok

Contents hide
1 Rewards for creatives on Facebook
2 Some win, others lose

Without a doubt, Meta is the most aware of the potential of video and knows that it is the change to attract the attention of Facebook users, a social network that has lost interest among the population, especially the youngest.

That is why it has invested more resources in growing Reels, its vertical and short video tool imported from Instagram and recently expanded worldwide, after it was only available in the United States.

Now, Meta says it’s looking to encourage content creators to use Reels on Facebook, announcing the introduction of more monetary incentives through an update to its Reels Play Bonus program.

Some win, others lose

However, he also warns that this change in payments in Facebook Reels could see some creators earn less money, while others will see their income increase, compared to previous performance.

“We are adjusting how payouts are calculated, with the goal of rewarding creators across a range of audience sizes who are making high-quality, original content that resonates with people, (which may result in changes to payouts for some creators)”, says Meta.

According to Meta, these changes are designed to reward creators who consistently post high-quality, original content that connects with their target audiences. For this reason, it also announced the launch of Challenges, to offer the creators of the Reels Play bonus program to unlock new sources of income.

Thus, the goal is for content creators to participate in a series of sequential challenges that reward money for completion; Thus, once a challenge is completed, another with a greater reward is unlocked.