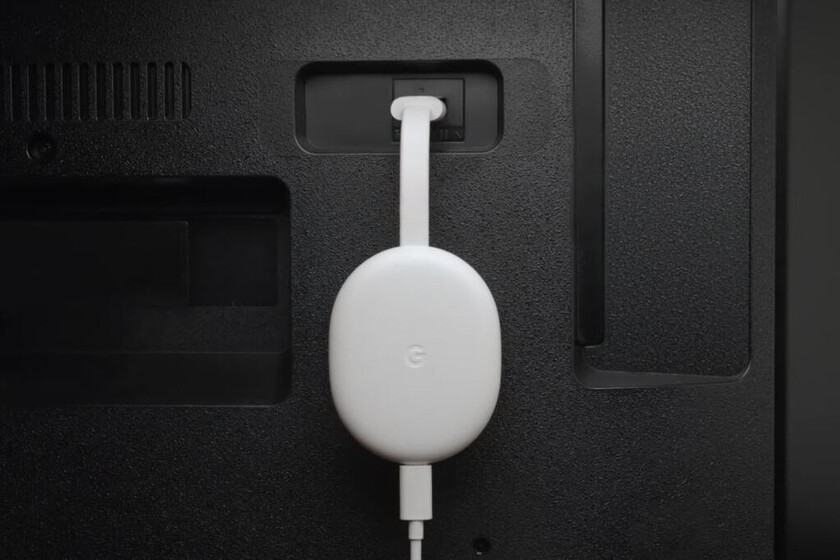 The device will arrive during the next month of October in Spain, and we already have confirmed features and prices. Under these lines we leave you with all the details.

Through the official Google blog, the company has reviewed the evolution of one of its most successful pieces of hardware. Although they did not start off on the right foot after that failed Google Nexus Q, the firm was reborn from its ashes a new device that would transform the Smart TV experience at home.

Nearly a decade later, the company continues to push its Chromecast, as does its accompanying operating system: Google TV. This time, it does it with the most affordable version of Chromecast with Google TV, which comes with its most outstanding advantages, although reducing its maximum resolution to 1080p. If we look at the design, we see that the company has not wanted to make too many efforts to renew itself in this aspect, offering an identical design to its older brother. In addition, it also retains the remote control, essential if we want to use the Google TV interface, since we must remember that the versions prior to Chromecast with Google TV did not offer an interface to use.

This Chromecast with Google TV (HD) allows to emit a signal of up to 1080p and with HDR. Furthermore, following the filtered list and that Google does not show in the specifications section of its store, it has a total of 1.5 GB of RAM and an internal storage of 8 GB. Along with this, it uses a quad-core Amlogic S805X2 processor, a slightly lower version than its older brother.

In addition to the resolution limitation, there is another difference compared to the current Chromecast with Google TV. And it is that It also does not have Dolby Vision support., but only stays with HDR10, HDR10 + and HLG. However, it does support Dolby Atmos. Of course, it still has WiFi, Bluetooth, an HDMI socket to connect to the TV, and a USB-C port to power the device, although it can also be used to connect external storage, as we discussed here.

As for the operating system, there are no changes in this regard either, since it will continue to opt for the same version of Google TV as its older brother, based on Android 12. This allows us download a multitude of apps from your Google Play Store, enjoy streaming content through services such as Netflix, HBO Max, Prime Video, Disney + and others, or send content from external devices through Google Cast. Along with all this, it is worth mentioning that the device is also compatible with the Google Assistant (we can interact from the remote’s own microphone).

The Chromecast with Google TV (HD) will arrive in stores on October 18 in Spain at a price of €39.99, notably lower than the starting price of its most complete version, which came out at 69.99 euros. It will be available in snow color at the moment. up to four times cheaper than those on the free market