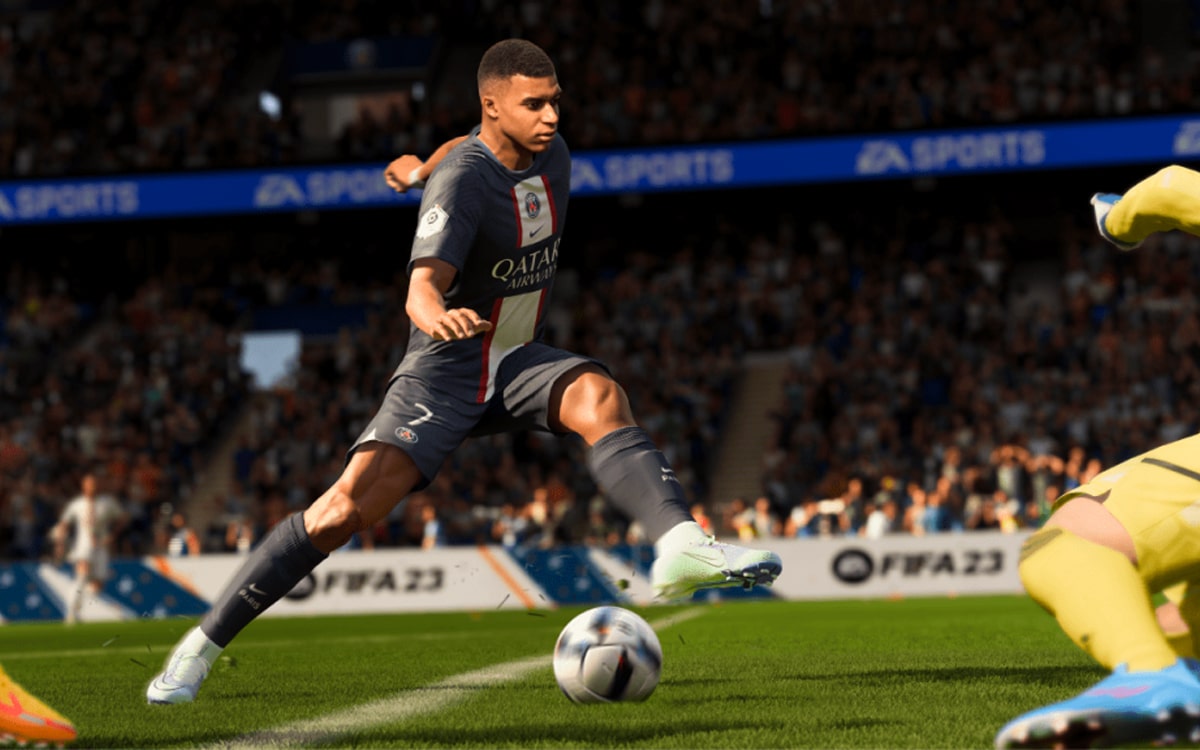 Share
Facebook Twitter LinkedIn Pinterest
FIFA 23 is a real hit. The new iteration of the football simulation gathered more than 10 million players in its first week of operation. A record for the license which signs its very last game stamped FIFA.

FIFA games are among the best-selling cultural assets in the world and the new release, the aptly named FIFA 23, proves it once again. The title brought together 10.3 million players during its first week of operation. It is enormous !

A real hit, the brightest of the license. For comparison, a popular blockbuster like God of War released in 2018 on PS4 has sold over 20 million copies in four years. FIFA 23 was released a fortnight ago.

EA says this is the biggest launch in history for a FIFA game. There are several reasons for this colossal success: aggressive marketing, first of all, but also a craze for the upcoming world cup. Debuting in November, it’s a godsend for the game which, for the first time, will be able to surf the event shortly after its release.

Read also – FIFA 23: do not let commentators laugh at you, deactivate them!

Even more, players flock to this FIFA 23 for a more sentimental reason: it will be the very last game of the license. EA has indeed chosen to no longer collaborate with the international football federation. The next games will simply be called EA Sport FC. Finally, we can also talk about the fact that competition has been annihilated. Pro Evolution Soccer was a shadow of its former self in recent years and eventually just died out. In short, all this leads to the best-selling FIFA in the history of the license. As EA specifies in its press release, the game will experience additions over the months, especially with regard to women’s clubs, a big novelty this year. What to play serenely until the end of the season.

As a reminder, FIFA 23 released on September 27 latest and is available on both PC and consoles (PS4, PS5, Xbox and Xbox Series X). Did you fall for this opus? If so, what did you think of it?