Share
Facebook Twitter LinkedIn Pinterest
Contents hide
1 Is the overnight stay in a camper sanctioned? Find out what the law says regarding this matter to avoid unnecessary penalties.
2 What is the difference between staying overnight and camping?
3 What does the DGT say about the use of motorhomes on public roads?
4 Municipal regulations that you must take into account
4.1 What are the fines for staying overnight or camping?
5 Be very careful with the rest of the relevant laws
6 How to camp and not get fined?

Is the overnight stay in a camper sanctioned? Find out what the law says regarding this matter to avoid unnecessary penalties.

The Camper world, which includes motorhomes and adapted vans, has many followers in our country. More and more people are attracted to the freedom that this way of traveling offers, totally detached from traditional accommodation. However, it is not so clear to what extent is it possible to sleep in a camper van without any limitation. What does the law say about it?

In this article we analyze the main precepts of the Directorate General of Traffic (DGT) to find out if penalties can really be applied for sleeping in a vehicle with these characteristics. With all the information we provide here you will be prepared to embark on your next adventure without dealing with the authorities.

Additionally, you may be interested in knowing the meaning of some Spanish license plates or when you can get the DGT international card.

What is the difference between staying overnight and camping? What you see in this image is a clear case of camping. An enormous number of elements have been installed that protrude from the caravan

The first point that we must clarify is the difference between staying overnight and camping. ¿Why is it so important? As we will see later, the way in which the van is parked has a lot to do with the fines that an agent can impose.

On the contrary, to camp It is an action that is related to the use made of the exterior space of the vehicle. Deploying or installing any element that protrudes from the vehicle itself or that is directly outside will be considered camping. Without going any further, the opening of awnings or pergolas and the provision of folding chairs or tables would be signs that someone is doing more than spending the night with their motorhome.

What does the DGT say about the use of motorhomes on public roads?

The DGT considers motorhomes and camper vans as another vehicle. As with cars, motorcycles or buses, Campervans have some specific limitations. For example, its maximum speed is limited according to the road. However, in terms of parking and stopping, there are no big differences.

The instruction 08/V-74 of the General Directorate of Traffic says the following:

Motorhomes can, therefore, carry out stopping and parking maneuvers under the same conditions and with the same limitations as any other vehicle.

With respect to the way and form of execution of the stop and parking, article 91 of the General Traffic Regulations establishes that these maneuvers “should be carried out in such a way that the vehicle does not hinder circulation or constitute a risk for the rest of the users of the road, taking special care in positioning the vehicle and preventing it from moving in the absence of the driver.”

Some of the rules that must be followed when parking are those that any driver knows, such as leaving the parking brake on, shifting into gear if there is a slope, or properly shoeing the van if necessary.

Having said this, we come to the final sentence of the DGT, which is expressed as follows:

This General Directorate of Traffic considers that as long as any vehicle is correctly parked, without exceeding the road markings delimiting the parking area, nor the temporary limitation of the same, if any, the fact that its occupants are inside it and the motorhome is no exception, it is enough that the activity that can be carried out inside it does not transcend to the outside through the deployment of elements that exceed the perimeter of the vehicle. From the DGT, no limitation is established to the overnight stay, as long as the vehicle is well parked

adhering to the differences between overnight and camping that we expressed previously, The DGT is not opposed to someone sleeping in a Camper, as long as it is properly parked and there are no items protruding from the vehicle. In other words: it is possible to spend the night anywhere, but not to camp.

The DGT is often referred to as the supreme authority in terms of road traffic. But the truth is that town halls and municipal entities They have a lot to say about it.

In fact, the General Directorate of Traffic itself recognizes the following in the article 93 of the General Traffic Regulations:

The system for stopping and parking on urban roads will be regulated by municipal ordinance, and the necessary measures may be adopted to avoid hindering traffic, including time limitations on the duration of parking, as well as the necessary corrective measures, including the removal of the vehicle or its immobilization.

What does this mean? That in each population there are specific regulations that must be complied with. It is good to remember that, although it seems that the DGT is a sanctioning body, the reality is that they are the competent authorities (in cases like these, almost always Local Police or Rural Agents) those in charge of imposing the fines.

So try to find out what are the rules established by the Municipal Government regarding the overnight stay and camping in the area you have planned to visit. Sometimes it may be that only some areas of the municipality are restricted.

What are the fines for staying overnight or camping?

Although the DGT is liberal with overnight stays, not camping, municipalities limit this type of activity. Due to this, the fines are diverse. There are cases in which the regulations are lax, admitting overnight stays or camping anywhere, and others in which it is very restrictive.

For sample, a button. In one of the most emblematic places in the south of Catalonia, the Ebro Deltapenalties have been imposed for spending the night or camping up to 6,000 euros.

Be very careful with the rest of the relevant laws 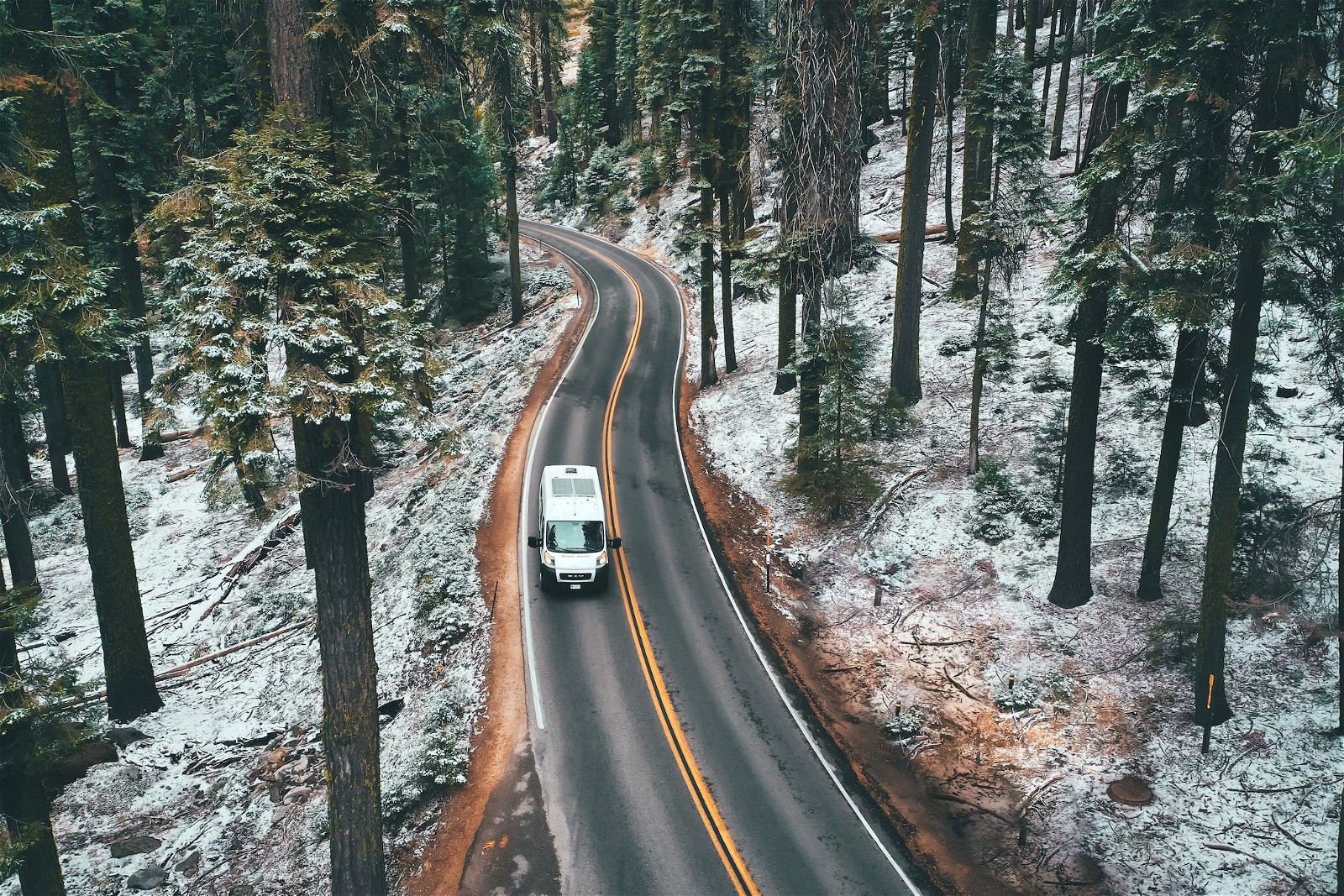 There are areas that are protected with special efforts by local, regional or state administrations

We have already said that the Camper world gives freedom to the traveler, being able to stop their motorhome in privileged areas. However, there are laws that regulate some natural spaces, such as the Law of Coasts.

In the most serious cases, the sanction can reach 5000 euros if waste is generated, illegal camping or fires are lit in protected areas or natural parks. It is also possible to impose fines if you drive in prohibited areas, such as beaches or trails.

How to camp and not get fined?

If you want avoid fines when spending the night or camping with your motorhome, it is best to do it in specially enabled areas. In this way, there will be no conflicts with any regulations and the authorities will have nothing to sanction. How to find those camping spots?

There are specialized pages that provide maps with free camping areas throughout Spain and abroad. One that we have loved is the one they provide in furgosphere and that we attach just above these lines.