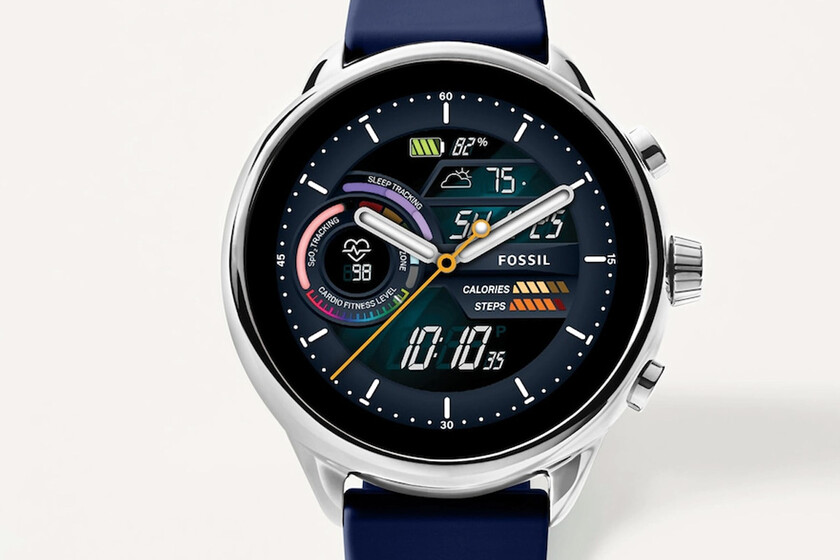 Share
Facebook Twitter LinkedIn Pinterest
Last year Fossil announced its new Fossil Gen 6 series of smartwatches, based on Wear OS, and which finally went on sale in Spain. A few months later. It did not bring Wear OS 3, the latest version, but the promise to receive it as an update later. Now a new model arrives whose main novelty is precisely that, have Wear OS 3 preinstalled.

Wear OS 3 remains an exclusive version found on a handful of smartwatches from Samsung, Montblanc, and recently Google. With it the Fossil Gen 6 Wellness Edition part of the same hardware, but with the latest integrations of YouTube Music, Spotify or Facebookalbeit without the Google Assistant.

Fossil is one of the brands most committed to Wear OS watches, although it had not yet been released with the latest version. Wear OS 3.0 now comes to a home smartwatch for the first time in the Fossil Gen 6 Wellness Edition, which is practically the same as the Fossil Gen 6 that we already knew, beyond finishes and straps.

The “bad” news is that the hardware stays the same, which means the Snapdragon 4100+ that begins to smell old, instead of new Snapdragon W5+. It has 1 GB of RAM and 8 GB of internal storage. Visually, the Fossil Gen 6 Wellness Edition is similar to the rest of the models in the series, with a 44-millimeter case and a 1.28-inch OLED screen, although its last name is no coincidence. The reason for being lies in a version of the Wellness app, with an advanced record of SpO2 measurements, VO2 max estimates, automatic training detection, better sleep recording and continuous pulse monitoring as main innovations.

The great novelty in the software is still Wear OS 3 and the novelties in applications such as YouTube Music, Spotify or Amazon Alexa, although this time the watch also does not support Google Assistant, at least for now. Maybe it will come later as an update.

Versions and prices of the Fossil Gen 6 Wellness Edition

The Fossil Gen 6 Wellness Edition will go on sale on October 17 for an official price of €299.

all about the connection standard that unifies connected objects