four tips to keep in mind 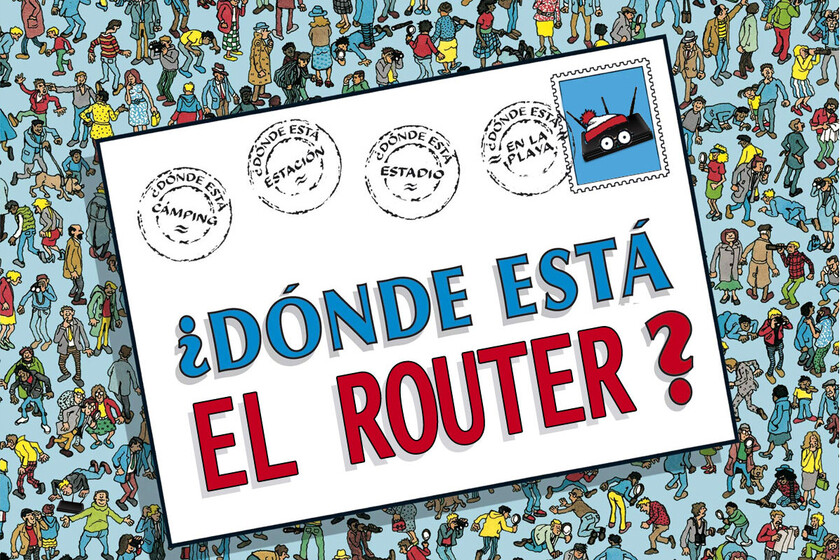 Share
Facebook Twitter LinkedIn Pinterest
We are not always proud of our routers. Some of them, especially the ones we get from the operators, can be a bit ugly and cumbersome and the instinctive reaction is to try to hide it in a little corner where the fiber cable arrives, there is a plug and it is not in the way. This is usually a bad idea.

Choosing where to put the router is a science, although you don’t need to study the dynamics of the electromagnetic field to do it (thankfully). Instead, follow these tips and don’t be afraid to show off your router to the world. Hiding the router can also mean losing some signaldepending on the hiding place you have found.

Contents hide
1 The router, in all the middle, even if it is very ugly
2 Some materials “eat Wi-Fi”
3 Let’s not forget the interference
4 Sometimes you’ll need help

The router, in all the middle, even if it is very ugly

Sometimes you are limited by the features of your house, plugs and cables, but if you have a choice, and you want to maximize the Wi-Fi coverage in your home, the best place to put the router in the house It’s very simple: in the middle. Not in the entire medium, of course, but in a central area of ​​the area where you want it to be used. That is, it covers more or less all the rooms equally.

The power at which the Wi-Fi signal reaches the devices that connect to it is closely related to the distance they are from the router, so if you choose to hide the router in a corner of the house, you will barely have cover in the opposite corner. This as a general rule, since we will see later that there are also many other factors that can affect the signal. Example of a centered location

You do not need to take out the plans of the house and make exact calculations, opting for a more or less central location in the house will be enough in the vast majority of cases. Is your router very ugly and you don’t want it to be seen? There are many tricks you can opt to keep the router in sight, but without it being seen.

There are all kinds of boxes and shelves to place the router that are specially designed for this and therefore use materials that hardly affect the signal and holes for cables. If you can’t stand to see the router, they are a better option than covering it with anything like putting a plant in front of it, which can hinder the signal more. Although it may not seem like it, there is a router in that box

Another thing to keep in mind is that when you hide the router, it is common for it to end up too low (under a table) or too high (on the ceiling), which is not optimal either. Ideally it should be at the same height as the devices that connect to it, although it is not necessary that you spin so fine. A normal table height is a good starting point. There are cute furniture to put the router, which are usually made of wood. Wi-Fi can pass through this material without difficulty, but there will always be a decrease in intensity, even if it is minor.

The biggest problem with hiding the router is that it can end up in a place where the waves must pass through certain materials that harm the signal. The usual suspects are solid materials such as metal, rocks, or water. It can also be difficult for the waves to pass through a place with many people. After all, we are mostly water.

Therefore, forget about placing the router inside a metallic structure or that has something made of metal, with the refrigerator or a fish tank in between. Porous materials such as wood are more forgiving of waves, although this does not mean that they do not affect the signal. The best way to not lose even an iota of signal is not to hide the routerregardless of the material.

Let’s not forget the interference Bluetooth and Wi-Fi get along badly

It can be tempting to put the router near other devices that may cause interference: refrigerators, console controls, baby monitors, portable speakers, wireless devices of all kinds and the microwave are classic examples, although there are others not as well known as Christmas lights.

If the signal from your router is fair and you don’t have the budget to buy repeaters, PLCs or the like, then everything adds up. try separate the router from any sources of interference as far as possible, for a more stable connection. If your house is very large or has especially thick walls, then it is possible that neither hiding nor without hiding the router will reach the signal to all corners. In that case you’re going to need help to be able to distribute the signal evenly throughout the house. The bad news is that this means that you are going to have more gadgets around the house that you will surely be tempted to hide, although they are much more discreet than a router. These are your options:

Tips and tricks if Photoshop is very slow on your PC

Apple would prepare 4 major announcements for 2023

For the year 2023, Apple would prepare several big novelties apart from its usual renewals…