From OLED to QLED, Samsung TVs are getting big Black Friday discounts and freebies 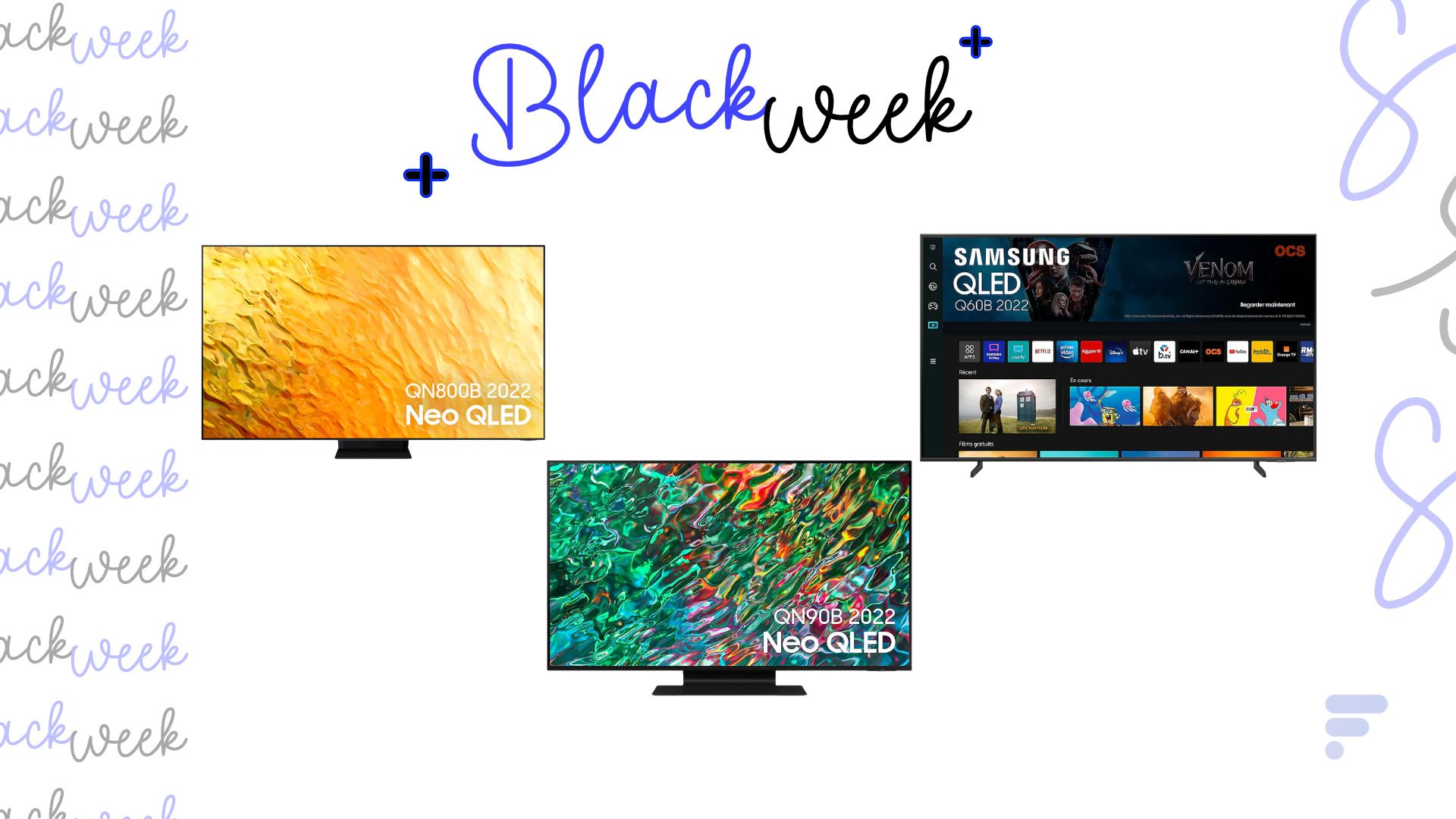 During Black Week, televisions are in the spotlight at Samsung. In addition to numerous promotions on OLED, QLED and Neo QLED panels, the manufacturer offers the wall hanger as well as its installation at your home. You have until November 28 to benefit from this service.

In the middle of Black Week and a few days before Black Friday, Samsung is already offering great price reductions on its OLED, QLED and Neo QLED televisions. Promos that can go up to 1,000 euros in immediate discount, which can be combined with reimbursement offers climbing up to 500 euros.

But that’s not the only good deal Samsung has to offer. Until November 28, the manufacturer offers the wall bracket for your TV, as well as installation by a professional. What quickly enjoy your TV to watch the next sporting events, without having to find a suitable TV stand.

As the manufacturer indicates on its website:the wall hanger is automatically added to the basket once you have added this TV to the basket. To benefit from the free wall installation, choose the Delivery delivery method with commissioning and installation of the wall hook at the Delivery stage, once your basket has been validated.»

The offers in brief:

The first television to take advantage of QD-OLED technology from Samsung, the 55-inch Samsung 55S95B has nothing to envy to high-end models. As noted by the editorial staff during their test, where they awarded it a fine 8/10, this is an extremely bright television. Passing the threshold of 1000 cd / m² for its Filmmaker mode, it does better than all OLED televisions. Better, it benefits from an extended color range which allows it to deliver truly sublime images. Images in 4K (3840 x 2160 pixels) and with a refresh rate of 120 Hz. 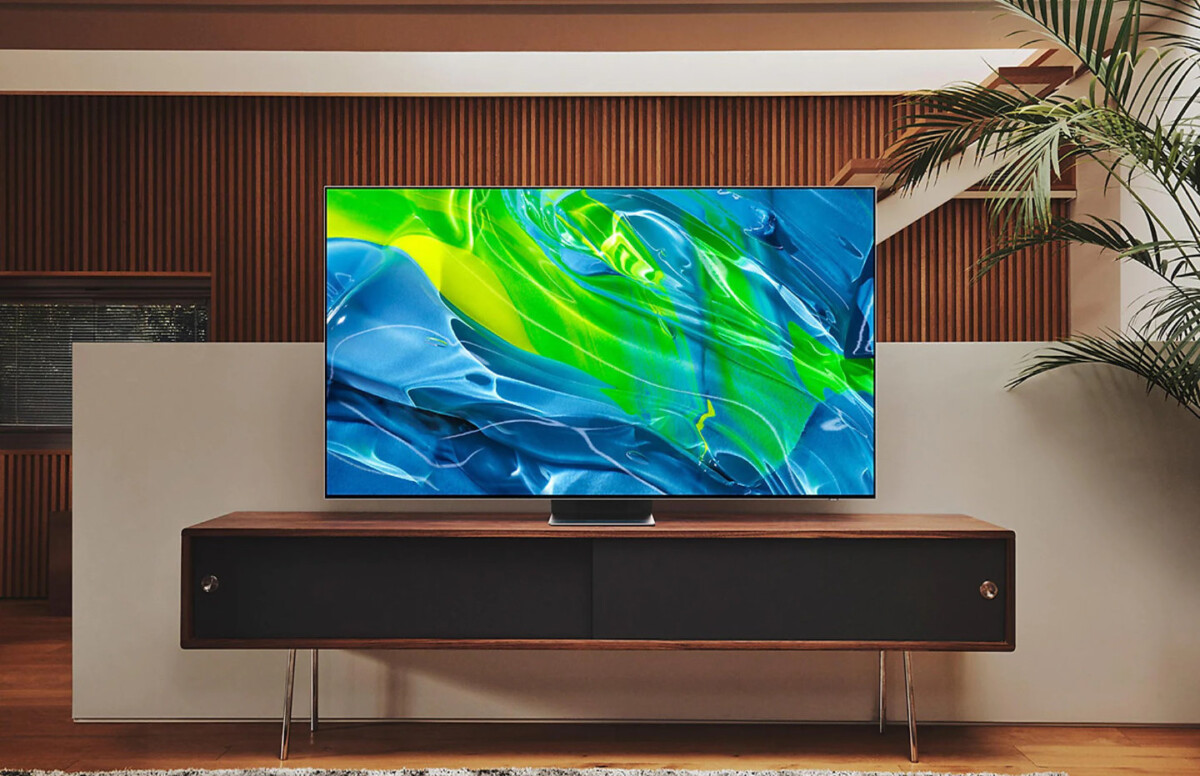 Once again for a Samsung television, the contrasts are superb, with impressive viewing angles and a very effective anti-reflection filter. Players will appreciate its dedicated gaming mode which drastically reduces input lag. In addition, general navigation, whether in menus or in applications, is pleasant thanks to the Tizen interface. Finally, on the connection side, there are 4 HDMI ports, two USB sockets, an optical socket, an Ethernet port and an antenna socket.

Usually sold for 2,099 euros, the Samsung QLED 55S95B television has an immediate discount of 600 euros, which brings it down to 1,499 euros. Better, it is possible to take advantage of the wall hanging offered, as well as the installation of the latter.

This is the most expensive TV in our selection and yet it is the one with the biggest discount. For Black Friday, Samsung takes 1,000 euros off the price of the Samsung QN800B and allows you to recover an additional 400 euros thanks to an ODR. We are therefore faced with a television set at 2,299 euros. But what justifies such a price for this 65-inch television? 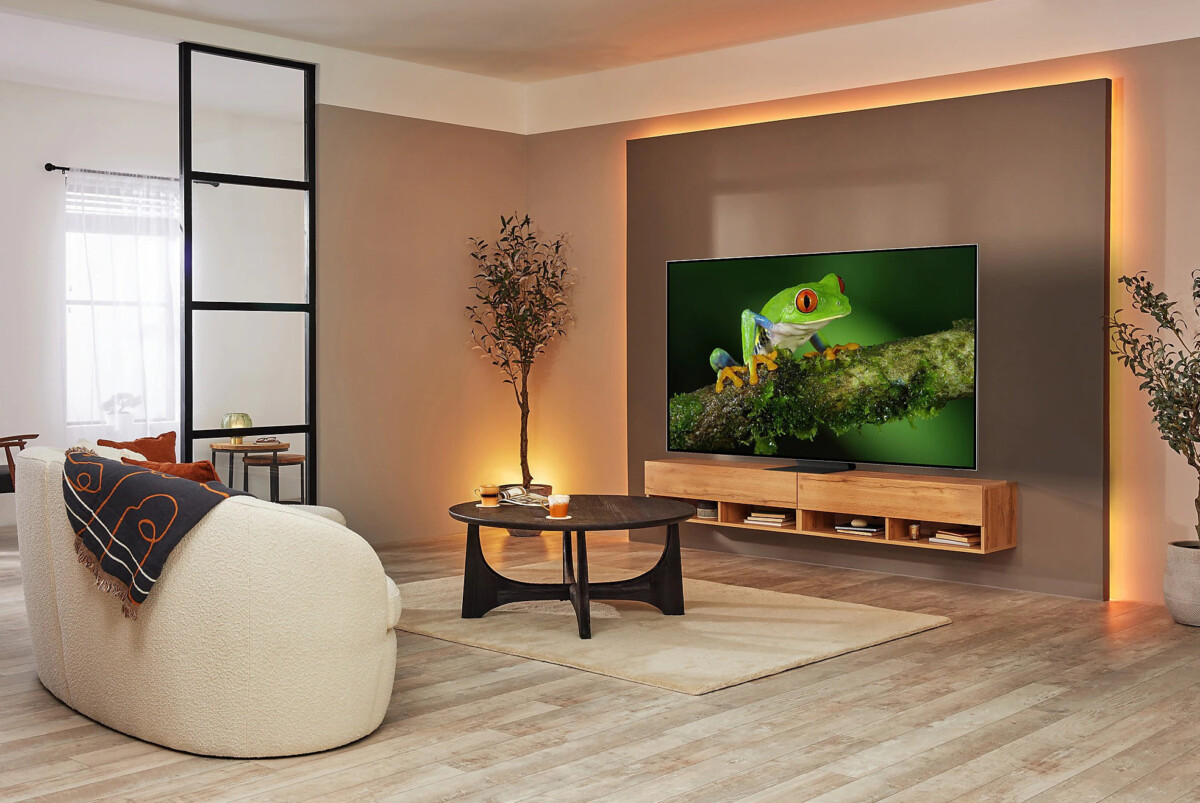 A sleek design to start with only 1.69 cm thick and an Infinity One slab with almost non-existent borders. Above all, this television embeds the Neo Quantum Processor 8K processor which guarantees very precise image processing in real time. Brightness in HDR is excellent with a peak of up to 2000 nits. Whether in terms of colors, contrasts and light, the Samsung QN800B is an 8K television that delivers a high quality image.

The audio part is not left out since the 70 watt speakers deliver sound on 4.2.2 channels. They are of course Dolby Atmos compatible, and wireless too. In terms of connectivity, there are 4 HDMI 2.1 sockets (4K and 120 Hz), 3 USB-A ports, a USB-C port, an optical socket, an Ethernet port and an antenna socket. A connector that is not located on the TV directly, but on a remote box, which you can hide in a TV stand.

Again, you can take advantage of a free wall hanger, with free installation.

If you’re looking for value for money, the Samsung Neo QLED 43QN90B is a solid choice. It incorporates everything expected of a good television in 2022, namely a 4K panel with thin borders, a perfectly calibrated image with precise contrasts, rich colorimetry and a powerful Neo Quantum Processor 8K processor. Don’t be fooled by its 43-inch diagonal, you get a superb display. 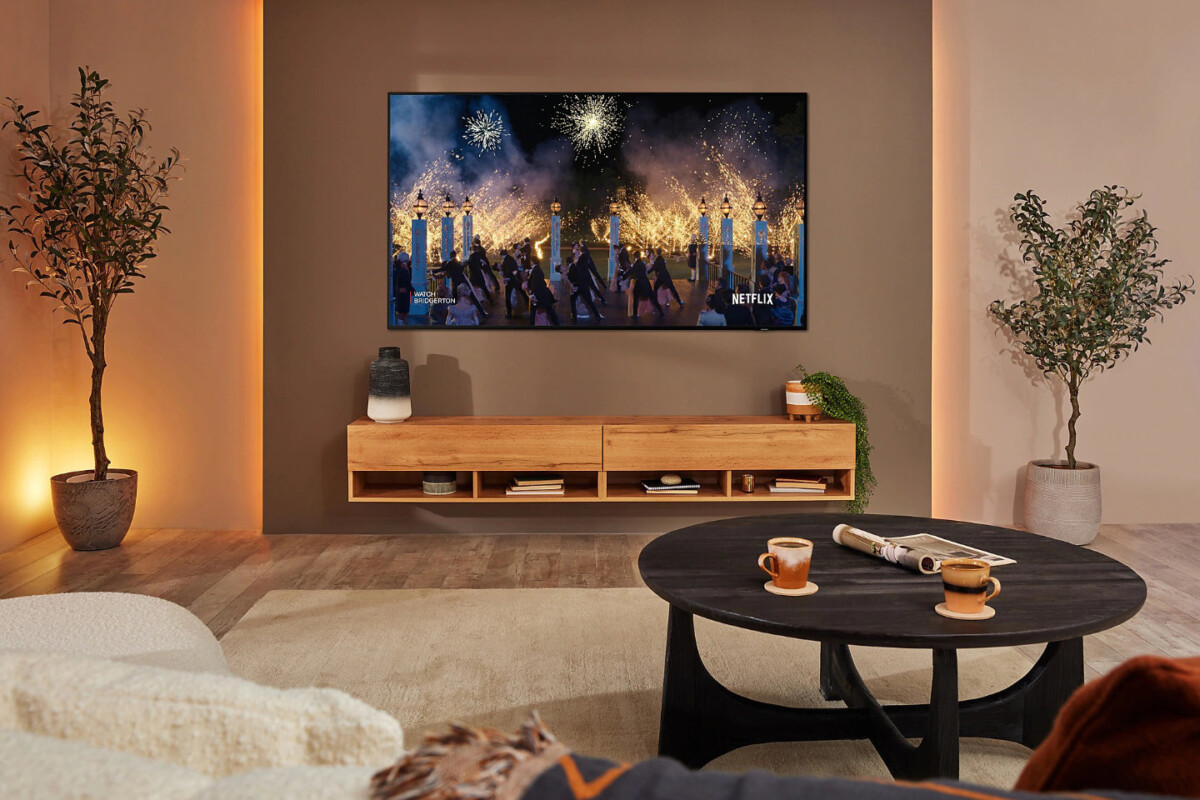 The sound environment is broadcast using 20 watt speakers supporting Dolby Atmos. Even its connectivity doesn’t have to pale in comparison to that of larger televisions. In particular, it has 4 HDMI 2.1 ports, 2 USB sockets and the usual optical, Ethernet and antenna sockets.

For Black Friday, the Samsung 43QN90B is offered at 999 euros in its 43-inch version, compared to 1,299 euros normally. A TV that benefits from a free wall mount and free installation.

The Samsung QLED 65Q60B television proves to us that it is not necessary to spend more than 1,000 euros to watch your favorite content in very good quality. This 65-inch 4K television is thus based on QLED technology and the Quantum Processor 4K Lite chip to deliver a well-calibrated image, with deep blacks and infinite contrasts. Even the brightness is well managed. 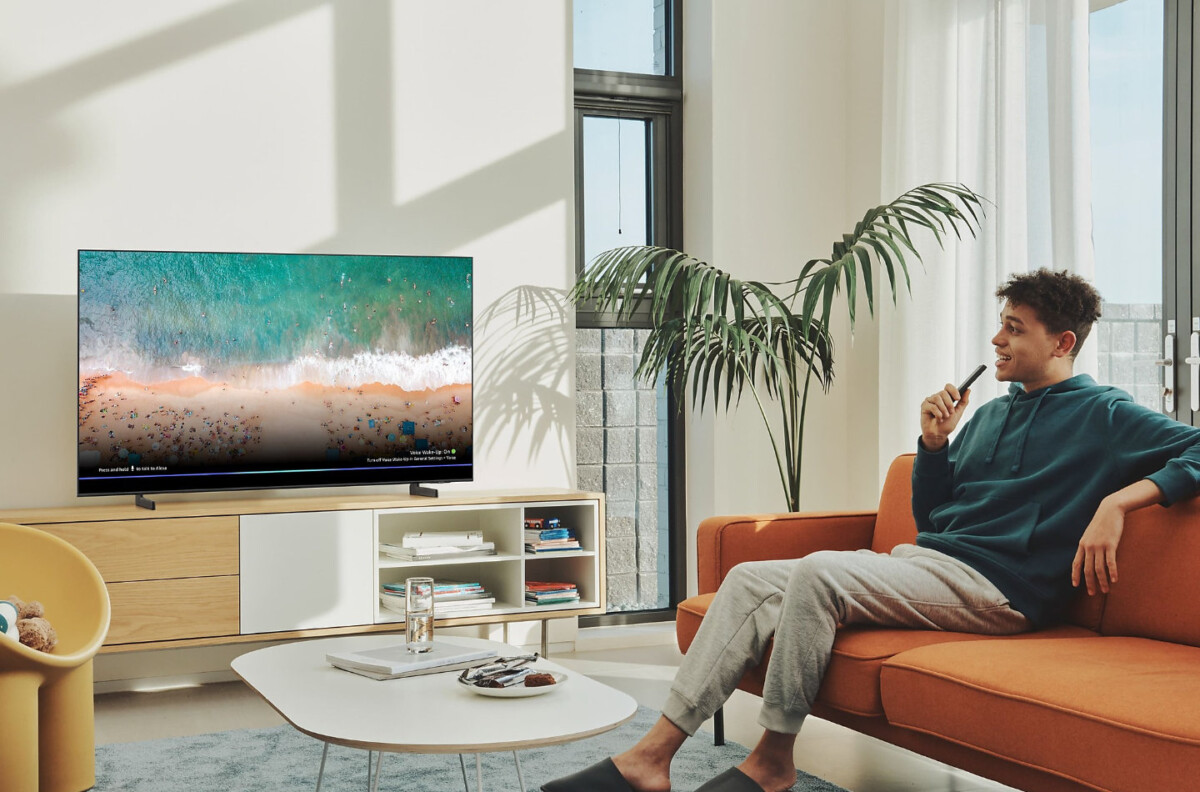 Not content with being discreet thanks to its thickness of 25 mm, Samsung QLED 65Q60B is also particularly pleasant to use on a daily basis. The Tizen interface ensures a quick start and allows you to easily find all your favorite applications. Let’s not forget the connection, consisting of 3 HDMI ports, 2 USB ports, an antenna socket, an optical socket, an Ethernet port and compatibility with Bluetooth 5.2 and Wi-Fi 5.

Its main advantage lies mainly in its price. The QLED 65Q60B TV now has a price of 899 euros, compared to 1,299 euros in normal times. A reduction obtained not only by an immediate discount of 300 euros, but also via an ODR of 100 euros. Without forgetting that until November 28, you can get a free wall hanger and enjoy the installation without spending an extra euro.