Good News! WhatsApp will be able to run in two devices, know the complete process of connecting 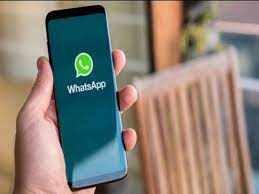 Share
Facebook Twitter LinkedIn Pinterest
Tech News Desk – WhatsApp enhances the user experience by bringing new features from time to time. This year also many facilities have been added. Now a new feature is going to be added on WhatsApp, whose testing is going on. This new feature will allow users to link their accounts to secondary devices such as Android tablets. Currently this feature is available only for WhatsApp beta testers. Let’s know about it. As Android Authority reports, the new feature will allow users to link their WhatsApp account from a smartphone to the platform’s Android tablet app. Simply put, there will be no need for a separate WhatsApp account on the secondary Android device. Once users have updated WhatsApp on their tablet, they will be prompted to scan a QR code on the tablet app from their Phone app.

It has been told in the report that when the linking process is completed, WhatsApp will transfer the chat to the users tablet app and then you will continue to chat from there as well. Let us tell you, WhatsApp has announced the launch of ‘Message Yourself’ feature very soon. According to the news, it will be made live in a few weeks. It’s a 1:1 chat with yourself to send notes, reminders and updates, WhatsApp said in a statement. On WhatsApp, users can send themselves notes, reminders, shopping lists and more to manage their to-do lists.