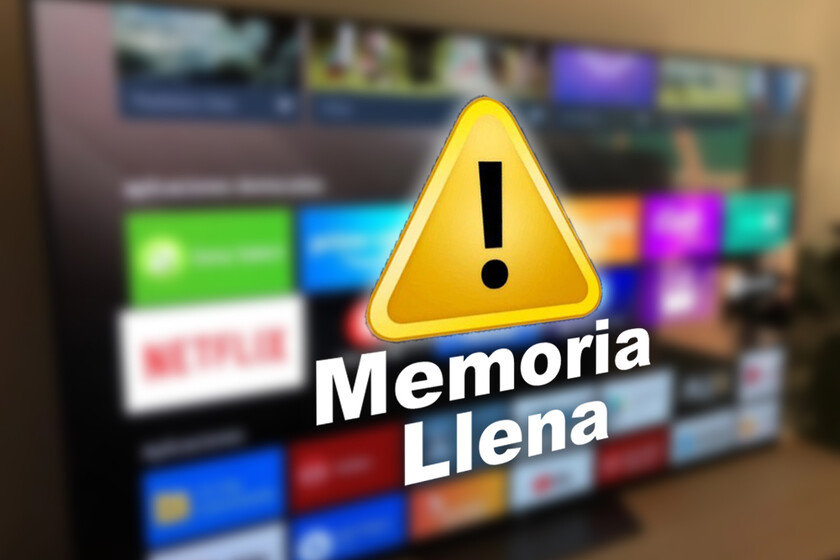 One of the main drawbacks that we can find when buying a smart TV, or at least a Smart TV equipped with Android TV or Google TV, is the little space available to install applications. A problem that we have already faced with different solutions.

I already leave that we could understand in more basic devices, but that is difficult to understand, especially when we pay a significant amount of money for a television. A little space to install applications that Google wants to solve with a new system to manage apps.

The uninstall will finish


Curious, that on televisions and devices with Android TV or Google TV, the ability to install applications is usually overall a meager 8 GB of storage, 16 GB in the most generous cases. Faced with this capacity, a phone does not usually go below 64 GB and also, in some, the apps can be moved to a microSD card.

We saw how to be inventive to correct this problem in the Chromecast with Google TV and now the company is working to correct this bug and if already with Android 12 it began to improve storage by adding the automatic deletion of temporary files, now they have announced an important step more: Google TV and Android TV they will say goodbye to APKs to embrace all the advantages of Android App Bundle (AAB).

Y the main improvement refers to the capacity and space required one and other. While in an APK the complete application with all its languages ​​and functions is installed on the device, in an Android App Bundle, the AABs are adjusted to the device on which they are going to be installed, only using the files corresponding to the language or the necessary resolution and thus saving storage space. According to Google, it can occupy 20% less capacity.

But It is not the only system that the company devised to optimize the capacity storage on our devices, since now Android TV and Google TV will also have the ability to archive applications and thus free up space. A feature announced in March and that we now know will come to Android TV and Google TV from May 2023. This other method will allow you to earn up to 60% compared to the original file.

This system, in addition prevents the user from having to completely uninstall the appalso being faster the process to recover it, in case it is necessary to use it again.

Now it is up to the developers to adapt their applications to this new archive in order to save space without losing all the data, as was the case up to now.

Rain or snow, your laptop safe with these waterproof backpacks