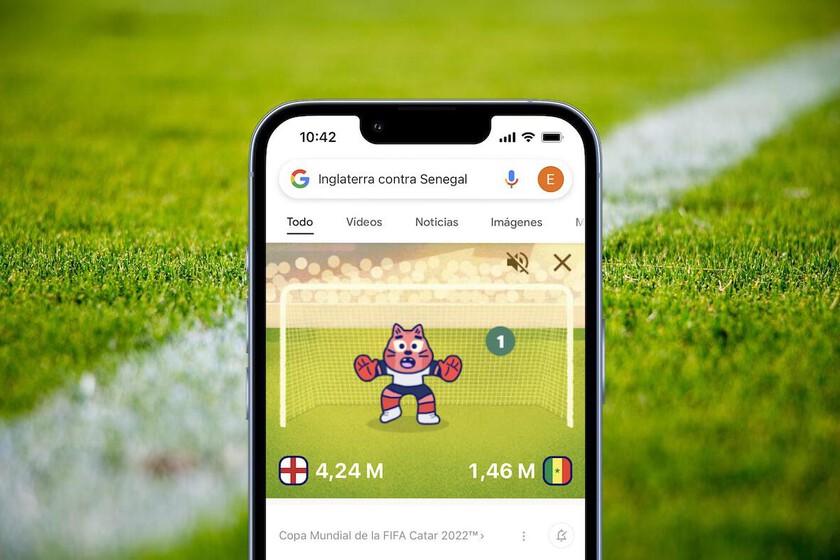 Share
Facebook Twitter LinkedIn Pinterest
If you like soccer, you are probably following the World Cup in Qatar and its calendar (in which case we recommend adding it to your own calendar so you don’t miss any match). Until the next appointment arrives, we propose an entertainment to kill the bug: Mini Cup, the Google minigame of penalties for the World Cup in Qatar 2022.


How to play Mini Cup, the Google game for the Qatar 2022 World Cup

First of all and to avoid disappointment, make sure that you have the latest version of the Google app installed on your device, be it iOS or Android.

With this premise resolved, simply open the Google app and in the search bar type “Mundial Qatar 2022”, although you will also get other related searches such as “Mundial fumbol” or even “Mundial fumbol” why blessed Google.

In any case, in addition to the relevant entries, Google’s own menu designed for the World Cup will appear at the top, with access to summaries, matches, classification, tie, news, statistics, players, teams… it doesn’t matter. What interests us is the animation of the blue floating ball that will appear in the lower right corner of the screen.

Press it to open the game and choose between the next matches to be played, for example “England – Senegal”. When you’re clear, tap on “Play” and choose which team you go with just touching his flag. At that moment you will join the fans of that team who have already done it before and you will have a mission: beat the goalie rabbit who looks at you defiantly under sticks while moving from side to side. Touch the ball and direct it where you want it to go.

As you mark penalties, you will discover that, unlike most mortals, not only does he not get nervous, but he also makes it harder and harder for you to move faster. The moment you miss a penalty or stop it, it’s game over. At the end, you can share your results on your social networks. Have you noticed that before starting each country had a score? They are the goals that other users have scored.

As usual with Google, this minigame has a limited durationso it is likely that it will end at the end of the Qatar 2022 World Cup.