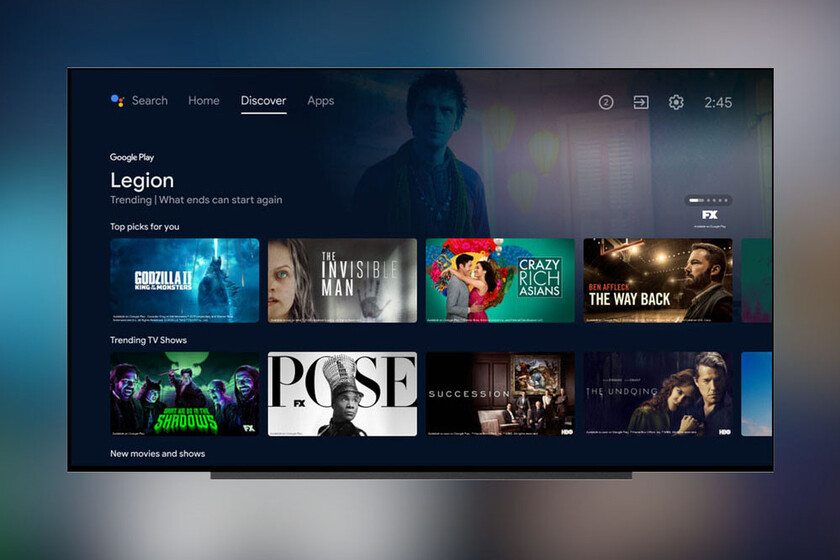 Share
Facebook Twitter LinkedIn Pinterest
Last week Google launched the first beta of Android 13, allowing Pixels to easily update to this preview of their next version of their operating system, announcing all the news of this new version on their blog. Instead, for the version of Android 13 for Android TV we have seen that the company has been much more discreet.

It has been discovered that Google quietly launched A few days ago, on March 4, the first beta of Android 13 for TV. He limited himself to announcing this release on the website for android developers and without posting it on your blog or on social networks.

Faced with this discreet launch of Android 13 Beta 1 for TVs we see that Google has not announced any news. It is unknown what will be new in this version beyond using the new Android 13 APIs to improve security and privacy, such as new permissions.

Android 13 Beta 1 for TV has been released in the developer kit ADT-3 and in the android tv emulator so that developers can test their applications adapted for Android 13 in its version for televisions.

Google if that has been limited to list latest known issues Android 13 Beta for TV running on ADT-3 detected, such as 4K streaming is only displayed in the top quarter of the screen, Bluetooth device detection fails, Bluetooth headsets do not play sound in some apps, remote control buttons cannot be reconfigured from settings or 4K playback of Google Play Movies is corrupted with a gray and noisy screen.

What’s more, the Chromecast with Google TV of Google itself continues to function under Android 10 for TV. It has not yet updated to Android 11, something that is not understood. It doesn’t make much sense that they announce the Android 13 TV Beta and your device continues with Android 10 TV no matter how minimal the news.