Google kills the original Chromecast, its replacement is a new Chromecast with Google TV and FullHD resolution 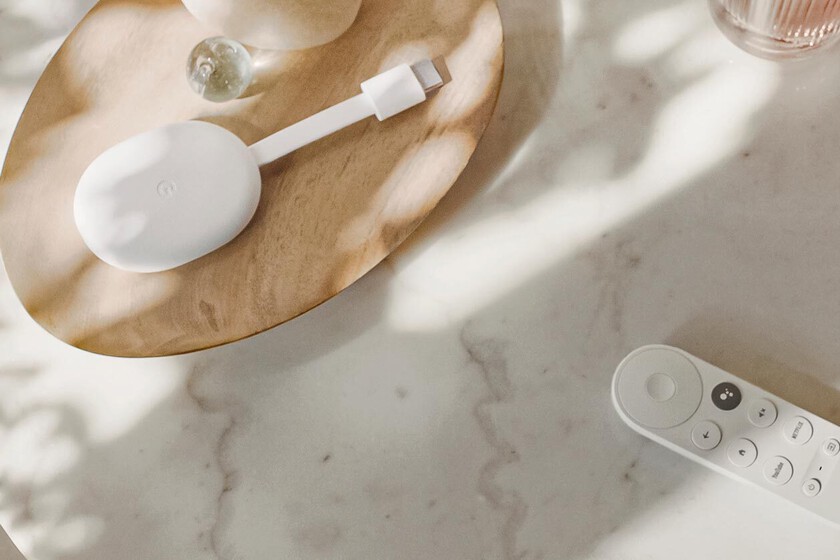 Share
Facebook Twitter LinkedIn Pinterest
There is little doubt that the Google Chromecast has been one of the best-selling products in the entire history of Google. Nine years ago it landed on the market and since then it has not stopped evolving, incorporating an operating system inside it since last year with the arrival of Chromecast with Google TV. But the original model ceases to exist.

The reason is that Google has taken the final step, putting together a pair for the Chromecast with Google TV in 4K resolution, one with FullHD resolution that is responsible not only for pairing with the first but for replacing the ‘silly Chromecast’. Hereinafter, the Chromecast will arrive with an operating system and remote control yes or yes. Evolution killed the original. Video killed the radio star in Chromecast version.

10 GOOGLE APPS THAT COULD HAVE SUCCESSFUL

New Chromecast with FullHD resolution and cheaper than 4K

The new device lands in the catalog of dongles from Google to replace the model without an operating system. What we have now is a streaming device that incorporates Android TV with the layer that Google prints on its products and that differentiates them from the basic system. That is, with Google TV on board. We also find the remote to control it that we find in the model with 4K and that incorporates Google Assistant to respond by voice.

Because the differences between both models basically lie in their output resolution. The main difference between the two is that the new Chromecast with Google TV HD only send content to our television in FullHD, while the Chromecast with Google TV that was born last year has 4K resolution. Both are capable of playing HDR content and at 60fps, nothing changes here either.

The new Chromecast with Google TV HD is also compatible with HDR10 + and Dolby Vision, and also offers Dolby Atmos (although only incidentally), in addition to having Bluetooth 4.1 to connect controls or headphones if we want to play any of the games from the Google Play Store on our television, or isolate ourselves from the outside to watch movies, series or listen to music. And yes, we also have dual-band WiFi 5.

The new Chromecast with Google TV HD not only replaces the previous model without an operating system but also maintains its price, which means that it will be marketed for €39.99. The departure date is set for October 18. Keep an eye on this in case you want to catch one as soon as it hits the market. It will be sold both in authorized stores and in the Google online store. Just a few hours before the launch of the Pixel 7 series smartphones, a new…