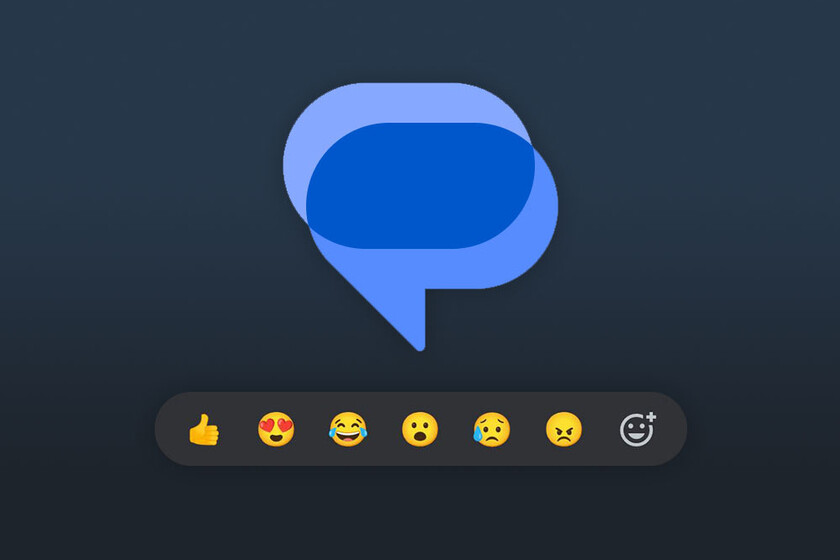 Share
Facebook Twitter LinkedIn Pinterest
For more than two years we have been able to react to our chat messages from Google messages, and during all this time the only novelty that this feature has received was support for iOS reactions, until now. Google is finally rolling out an improvement that WhatsApp already added last summer in your popular messaging client.

We talk about the possibility of react with any emoji to our messages. The renewed application Google messages which a few weeks ago released a new icon and new features continues to add new features to boost the RCS standard as successor to SMS.


React with any emoji

At this point, this feature does not have much of a mystery, since applications such as Telegram, WhatsApp or Facebook Messenger allow react with any Emojiand the implementation by Google has been the same.

As before, with a long press We select the message to activate its options, including reacting to the message with an Emoji. The novelty is that now we are no longer limited to reacting with one of the six default emojis, but by clicking on the ‘+’ icon we can select any of its thousands of emojis.

Of course, as it happened before, we can only react to chat messages. Text messages (SMS and MMS) cannot be reacted to, this option will not appear when selecting a message through Google Messages.

This feature appears to be in testing at the moment, as it is only appearing through the Google Messages beta. The reactions with any emoji could still take a few weeks to reach all users.

James Cameron thinks of Avatar 6 and 7, but depends on Avatar 2