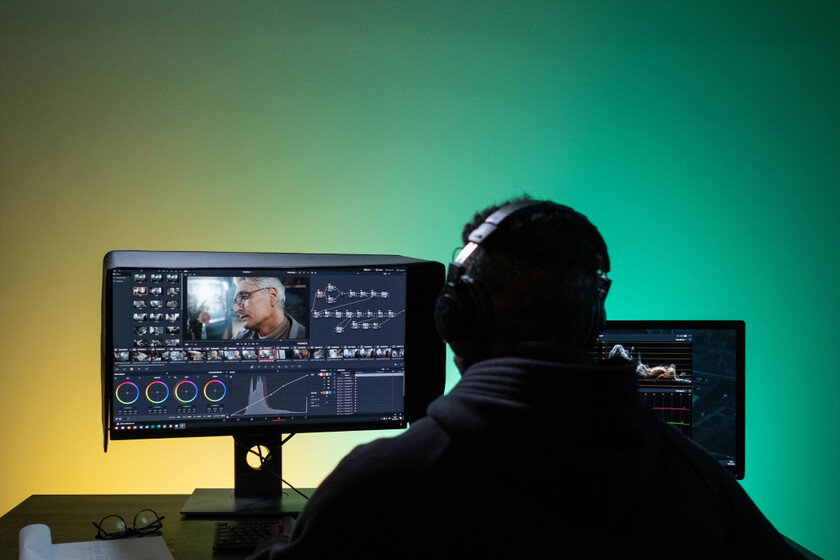 Google has declared war on Dolby; yes, those of the Dolby Surround, although what interests us now are the Dolby Atmos and Dolby Vision multimedia codecs. And what does such a declaration of war consist of? Easy: to promote open standards to promote an alternative royalty-free ecosystem, since currently manufacturers have to pay Dolby to be able to integrate its technology into their own devices. And it is that now a video has been leaked in which Google product manager Roshan Baliga shared those plans (internally referred to as ‘Project Caviar’) with hardware manufacturers at a behind-closed-doors event earlier this year.

It’s no secret that Google’s main interest with this move is YouTube, a platform that is currently incompatible with Dolby Atmos and Dolby Vision, and which could now deliver more immersive multimedia experiences and give its users the means to capture and share HDR video and 3D audio. However, what makes what the company is doing relevant lies precisely in its interest in bringing device manufacturers and providers of other online services on board.

Currently, the Open Media Alliance (an initiative in which, along with Google, Amazon, Meta and Samsung also participate, among many others) is already promoting the Immersive Audio Container project based on a pack of open 3D audio codecsbut Google wants to promote a new ‘umbrella brand’ capable of dealing with Dolby and that also integrates technology based on the HDR10+ audio codec, developed at the time by Samsung to avoid paying more royalties to Dolby than necessary (a position that still holds).

Before Caviar there was already AV1

This is not Google’s first foray into promoting and/or developing open media codecs.: Already at the time it opted for the ‘open source’ On2 codecs after acquiring its development company in 2009, and played a fundamental role in the founding of the Open Media Alliance and in the subsequent development of the AV1 video codec.

This made the group MPEG LA, developer of the main video codec on the market at the time, H.264 (we are already going for H.266), to announce that stopped from that moment (2016) charging royalties to free streaming services… like YouTube itself. MPEG LA remains the market leader, but the loss of monopoly with the entry of AV1 acted as a deterrent. Is that what you are trying to do with Project Caviar and Dolby technology?

Dolby charges manufacturers (of both TVs and small streaming devices) $2-3 per device to license Dolby Vision, according to its senior vice president of Cloud Media Solutions, Giles Baker. Baliga (Google) states that, for lower-cost home devices, that rate can end up being prohibitive.

Not quite: Dolby Atmos and Dolby Vision are now free to use for all streaming services, even paid ones (such as Netflix or Disney+, which integrate their technology into their platform); currently only hardware manufacturers pay for it. But the truth is that Google is also, today, a manufacturer: smartphones, headphones, Chromecasts, etc… so they would also benefit from not having to give in to Dolby.

But Google also knows that, beyond the (slight) savings that the existence of Project Caviar may entail in the short term, the key to its movement lies in failing to give Dolby a monopoly on HDR video capture and use of 3D audiotechnologies whose weight will grow progressively as others such as augmented reality become popular.