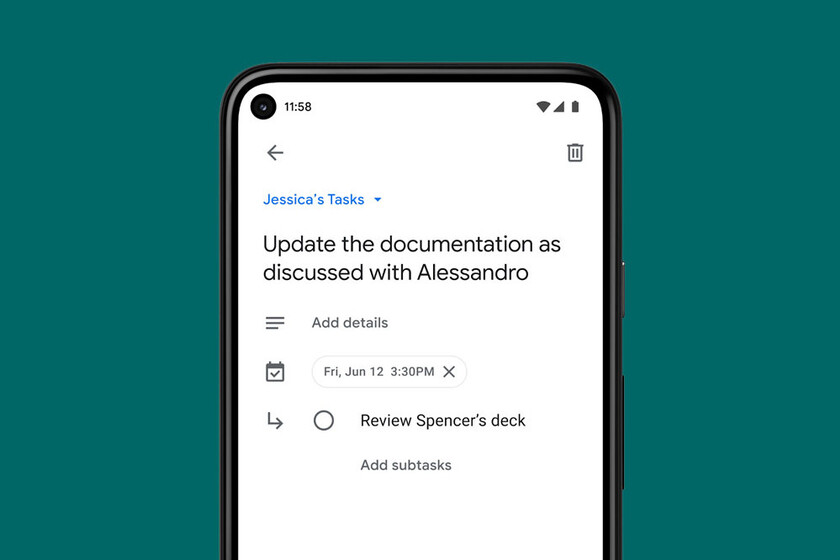 Share
Facebook Twitter LinkedIn Pinterest
Among the best task applications for Android we find Google TasksGoogle’s most professional task application that the company launched more than four years ago and that during all this time the novelties have been arriving in drops.

The last time we talked about Google Tasks was last August, when it revamped its new interface to show all our task lists in tabs. now nine months later Google adds another important novelty again to your task app.

Since 2019 we can create repetitive tasks, allowing us to set a start day and time and when said task is repeated, if every X days, X weeks, X months or every X years, but will not allow to put a completion.

To configure when a recurring Google Tasks task ends, you had to use the google-calendar. In the Google Calendar app, all of our tasks appear with a date, and that’s when we could set their completion date.

With the new version of Google Tasks We no longer rely on Google Calendar to stop a task from repeating after a date or series of repeats. Now this can be set directly from the Google Tasks app, as we will see below: 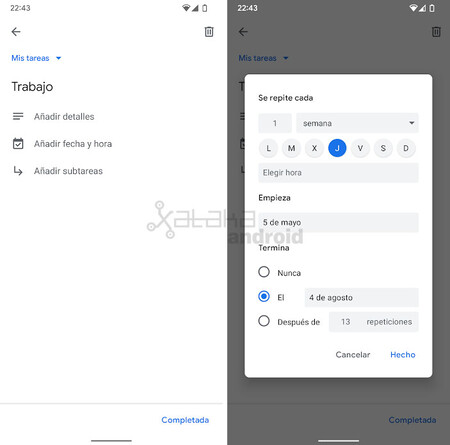 Clicking on ‘Add date and time’ or on the date of an already created task, when activating the recurrence after touching on ‘Repeat’ we see a new section called ‘Ends’which has the ‘Never’ option activated by default, but we see that it finally leaves us put an end date or that the task ends after a set number of repetitions.