Google wants to stop depending on Dolby Vision and Atmos and promote royalty-free standards: this is Project Caviar 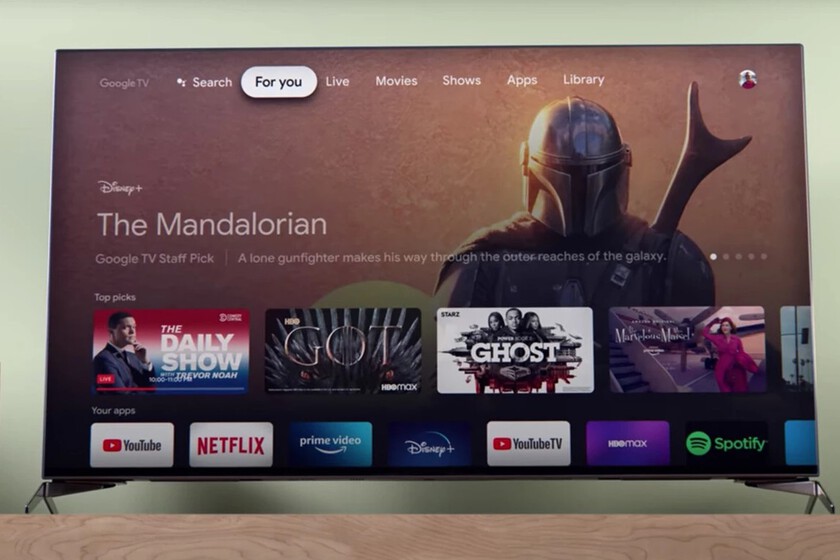 Currently, there are two HDR formats that make use of dynamic metadata: HDR10+ and Dolby Vision, in addition to their enhanced versions HDR10+ Adaptive and Dolby Vision IQ, which also take into account lighting external to the TV. However, unlike HDR10+, manufacturers have to pay a fee to Dolby if they want to integrate their HDR solution on their Smart TVs.

It has long been known that Google has tried on previous occasions to promote the use of royalty-free standards. However, the market trend towards the use of Dolby’s solution made their efforts useless. However, the company does not give up, and has a new plan to offer open alternatives known internally as ‘Project Caviar’.

Google considers open video and audio standards in its ecosystem

The company reportedly shared details of its plan with major automakers earlier this year. This information has come to light thanks to a leaked video of the conference itself that fell into the hands of the Protocol media outlet, who have offered a report of that presentation.

The plan not only seeks to offer royalty-free alternatives to Dolby Vision, but also to Dolby Atmos, the multi-channel audio standard that can be found in many televisions and home stereos. Dolby charges a total of between 2 and 3 dollars for each product sold with Dolby Vision integratedalthough it is unknown what the company charges in regards to Dolby Atmos.

Google’s idea is to use YouTube and Android as the main banners to seek to offer other alternatives to the Dolby standard. The video platform does not use Dolby Vision or Dolby Atmos, and the use of Vision on Android systems has not been particularly prominent either.

In Android TV the issue is different, since the manufacturers that offer televisions compatible with this operating system you should make use of this standard if they want to offer a complete experience in high dynamic range, except for Samsung, which remains faithful to HDR10 +.

The report mentions that Google will make use of existing codecs and that the company “seeks to establish itself as an umbrella” in which both HDR10 + and immersive 3D audio can be sheltered without the need to charge manufacturers for license fees.

Regarding the immersive 3D audio experience, the report also highlights the work of the Alliance for Open Media (AOMedia) for the development of a new format called ‘Immersive Audio Container’, making use of open codecs. Google, like Amazon, Netflix or Samsung, is a member of this association, which has been essential for the development of codecs such as AV1.

The report also discusses that Google wants its Android mobile devices to be able to capture video in royalty-free premium formats. Although dates for the materialization of this project have not yet been discussed, everything indicates that the company wants to continue contributing to open video standards.