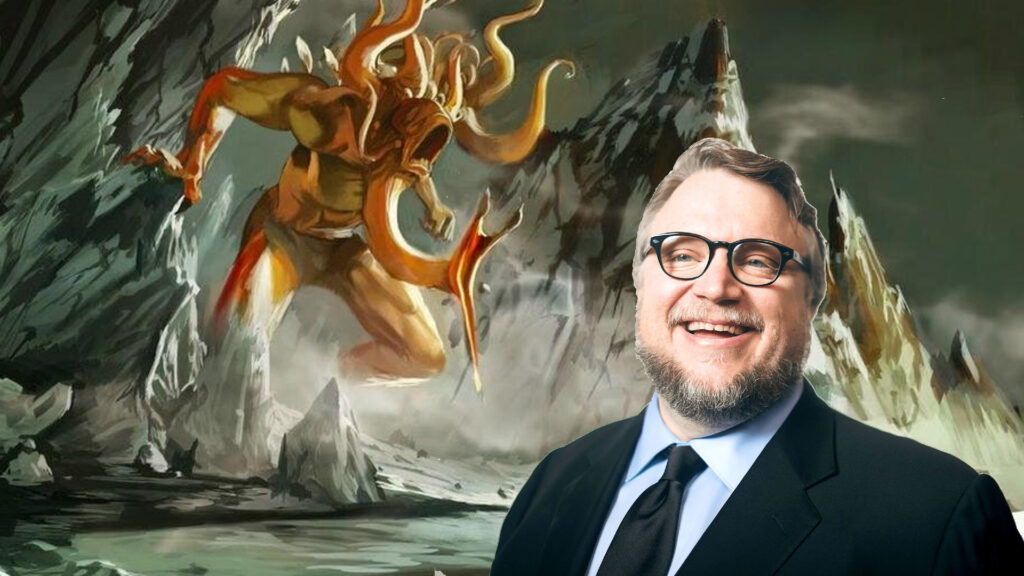 Lovecraft’s chilling novel At the Mountains of Madness could be turned into a stop-motion animated film by the Mexican director.

In an interview with IndieWire, del Toro, the influential filmmaker discussed his ongoing efforts to adapt HP Lovecraft’s great classic.

He revealed a recent discussion with visual effects legend Phil Tippet (director of the acclaimed stop-motion nightmare Mad God) about rethinking the project as a stop-motion film.

Guillermo del Toro commented on the matter as follows:

I said that it would be ideal to do Mountains of Madness as stop-motion. You see the animation in a more enthusiastic way than the live action. It’s almost a hypnotic act, and the relationship with the story becomes more intimate that way.”

The director, whose work has often included spectacular, grotesque imagery and practical effects, has always been fascinated by the stop-motion medium.

In the end, Omnivore was never made, but with Guillermo del Toro’s Pinocchio, the director has returned to his early roots and created an experience that has been overwhelmingly positively received.

The author has long been passionate about adapting At The Mountains of Madness, but various obstacles thus far have kept the project from coming to fruition.

Del Toro’s earlier attempt to adapt the story ended when the director ran afoul of Universal Pictures over his creative freedom to terrify audiences.

The director recently gave the world a taste of his earlier vision for the project, sharing never-before-seen CGI test footage of Mountains of Madness on his Instagram.

While it may not be the stop-motion project that has since captured del Toro’s imagination, the clip offers a glimpse of the intensity the director spoke of back in 2011.

Guillermo del Toro’s Pinocchio is currently in select theaters and will make its streaming debut on Netflix on December 9.