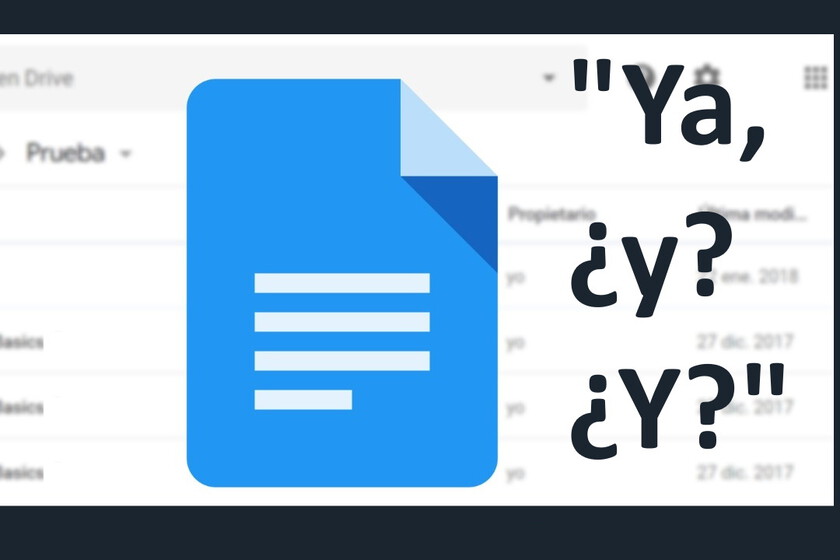 Last January we were surprised by the news that Google Drive was blocking text files hosted on its platform for “copyright infringement”… despite the fact that they only contained, for example, a ‘1’ or a ‘0’. But now we’ve learned that your online word processor, Google Docs, has been reacting even weirder when we opened a file with a seemingly harmless sequence of characters:

In fact, that the file that we had open contained said string of characters caused the website to crash. Other users have reported similar behavior from Google Docs when other words like “But. But. But. Bit. But”although it also seems to occur with ‘who’, ‘why’, ‘also’, ‘anyway’, ‘besides’ and the like.


What stuff do you have, Google Docs (Image from Bleeping Computer)

However, it seems that the bug was able to distinguish between upper and lower casehence “And. And. and. And. and.” caused no problem for Google’s word processor.

The problem was that, once locked it was hard to get back in to the document: opening it again, even with the idea of ​​changing said text, only triggered a new crash.

Therefore, the first users who detected this problem in the last few days had to download the document to the hard drive, edit it, and re-upload it to be able to access its content again. Although several users discovered that editing the documents from the Google Docs mobile app was another alternativeas it did not seem to be affected by this strange bug.

However, as it was discovered once the problem has reached the Google support forums and other users have contributed their experience, this problem does not happen to all users. only to those who currently have the option to show grammar suggestions activated —aspect discovered by a HackerNews user—, so disabling it preventively could be a good idea.

When the US media BleepingComputer reported the existence of the bug to the company yesterday, the company assured that “it is aware of the error and I am working on finding a solution.” Since a few hours, the error has stopped appearing.

this app pays you for every step you take