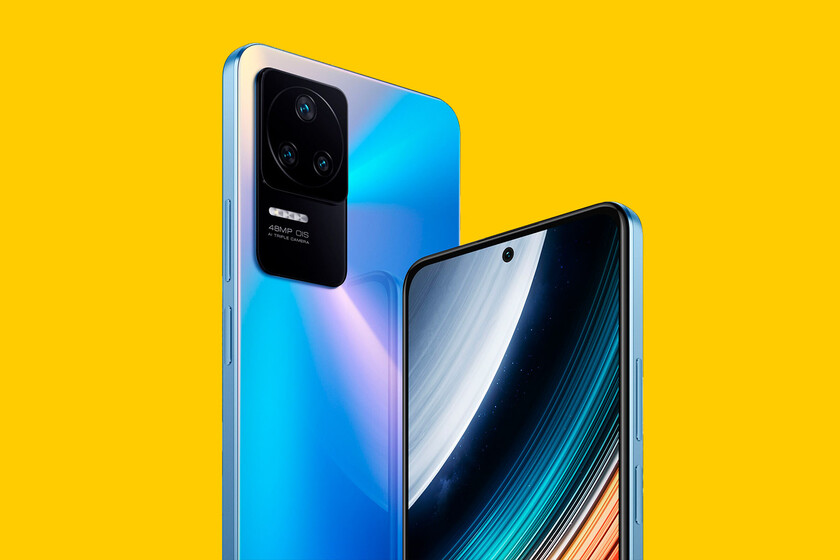 A few weeks ago we met in Spain the first member of the POCO F4 series that arrived as a oriented device ready to sweep in value for money, the POCO F4 GT. As we already know, this will not be the only variant of this family, and it is that we are still waiting for the long-awaited and rumored POCO F4 which, apparently, would be very close to being able to appear in the Global market.

And it is so that we have been able to know it thanks to the well-known leaker Mukul Sharmawhich has shared through its Twitter account the supposed registration of this terminal in the IMEI database of India, which suggests that over the next few weeks we could see it in the Global market as the renewal of one of Xiaomi’s best-selling smartphones of the past year 2021.

As you can see in the image shared by Mukul, the POCO F4 has been registered under the model number 220212111RI, a number that makes it clear with that last letter “I” that this will be a smartphone aimed at the Indian market, although everything seems to indicate that we will also be able to enjoy it in Europe soon.


Registration of the POCO F4 in the IMEI database

And what is expected of this POCO F4? Well, it seems that this would correspond to the Global version of the Redmi K40S that we saw presented recently in China, a terminal that will not mean too much of a change with respect to the POCO F3, and that is that even its Qualcomm Snapdragon 870 processor, its storage UFS 3.1 and LPDDR5 RAM will remain exactly the same.

Other characteristics that will accompany this equipment will be a 6.3-inch AMOLED panel with Full HD+ resolution and a refresh rate of up to 120 Hz, 50 + 13 + 5 MP cameras as the main sensor, Ultra Wide Angle and Telemacro respectively, and even its battery will remain intact with 4,500 mAh capacity, although, yes, the fast charge will grow to 67W of power.

In short, it seems that the launch of the new POCO F4 is quite close to becoming a reality and, looking at the rumored specifications, everything seems to indicate that it will be accompanied by a supposed Pro variant that offers higher-class specifications, something very similar to what we have been seeing in other ranges such as the Redmi Note 11 or Xiaomi 12, we will see what ends up finally happening.