he will play everything to movies and series 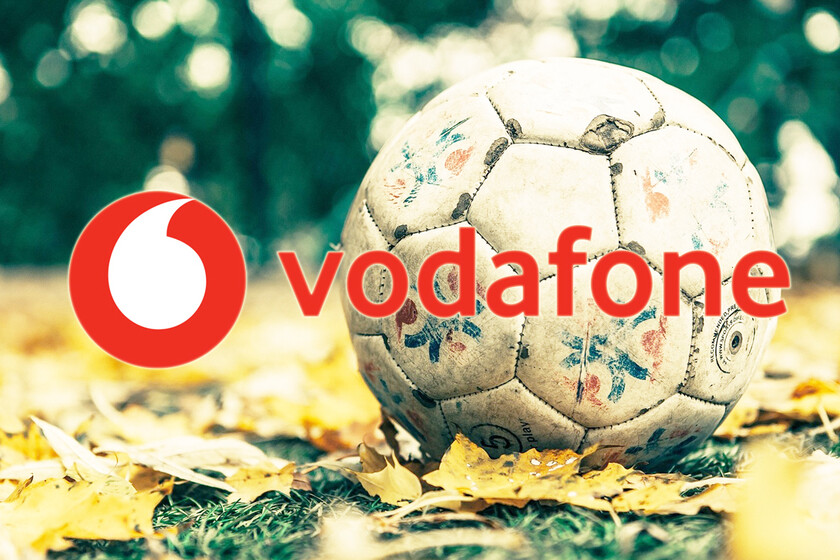 Share
Facebook Twitter LinkedIn Pinterest
It was back in 2018 when, after several years in war to attract football customers, Vodafone gave up buying the rights first to the Champions League and later to LaLiga. With this, it left Orange and Jazztel as the only alternatives to Movistar to follow the highest national competition and the UEFA tournaments in the residential segment.

And the “residential” part is important because the one known as the HORECA channel (hotels, bars, restaurants and cafeterias) still counting on the interest of Vodafone, which until now allowed the hospitality sector to contract connectivity and television with soccer through the English operator. And why do we speak in the past tense? Because this year Vodafone has also decided to do without it.

The last bastion of Vodafone in football falls

At MWC 2018, Antonio Coimbra, the then CEO of Vodafone in Spain, assured that they had no intention of accepting the price model to buy the Champions League from Mediapro, because literally “the accounts did not come out”. Said and done, that same summer, Vodafone reformulated its football offer for the 2018/2019 season without the Great Game or the Champions League. In bars, however, he continued to offer everything.

We thus arrive at the summer of 2019 and Vodafone confirms his total departure from football in the residential segment for the 2019/2020 season. Neither LaLiga, nor the Champions League, nor anything; its new strategy is to become “the largest aggregator of movies and series”. On the HORECA channel, however, it announces the launch of its Vodafone TV Bares package with the same football content as the competition and a higher price for betting shops.

In the 2020/2021 season, the scenario repeated itself: all football for bars, but nothing for individuals. Once again, Vodafone once again offered a package for bars, restaurants and betting shops with all the LaLiga Santander, LaLiga SmartBank, UEFA Champions League and Europa League matches. The same as in the 2021/2022 season, which ended last May.

This year, LaLiga has decided to market the batch of audiovisual rights dedicated to the HORECA channel on a non-exclusive basis, just as it has done with the Second Division for the residential market. To do this, he has created the LaLigaTV Bar Channelwhose subscription, in addition to LaLiga Santander and LaLiga SmartBank, includes the content of DAZN Bar and UEFA competitions.

This year, establishments can hire LaLigaTV Bar directly from Mediapro or through one of the operators that includes it in its HORECA offer

This new distribution model combines direct access and access through a multitude of operatorsso that establishments can opt for two contracting systems: directly with Mediapro without the obligation to be linked to a specific telecommunications package or with one of the operators that incorporates the contents of LaLigaTV Bar in its HORECA offer.

And what are those operators? Movistar, Orange, Avatel and Agile (which provides television service to Grupo MásMóvil). Vodafone disappears from the map and thus says goodbye to the Vodafone TV Bars package, the only link that has kept the operator united with football in recent years.

There is still a thread of hope The reason they argue from Vodafone for give up the HORECA channel is that they have not been able to reach an agreement that would allow them to offer a competitive and attractive proposal for their clients. Come on, this segment has also ceased to be profitable for them.

During the remainder of the month of August, Vodafone TV Bares will broadcast all the matches, except for the European Super Cup; but as of September 1, the owners of these premises who want to continue providing football, they will have to use another operator or to Mediapro.

Does this mean that Vodafone has definitely closed the door to football? Probably yes. It is true that she could still reach an agreement in extremis with DAZN or even end up acquiring the LaLiga SmartBank TV channel that LaLiga has promised to offer to more operators, but with a week to go before LaLiga starts, it does not seem viable.

Vodafone could still reach an agreement in extremis with DAZN or even end up acquiring the LaLiga SmartBank TV channel, but it does not seem likely

It may be that next year the Orange-MasMóvil merger will bring about a change in regulation that modifies the football marketing model or that DAZN reaches an agreement with Vodafone to sell its matches, but for the moment, it seems that the English operator has given up football in all segments to continue focusing its strategy on movies and series.

And you have to recognize that they’re not doing too bad: After the initial bump due to its departure from football, Vodafone is the only operator that has seen the number of pay TV users grow in recent years.