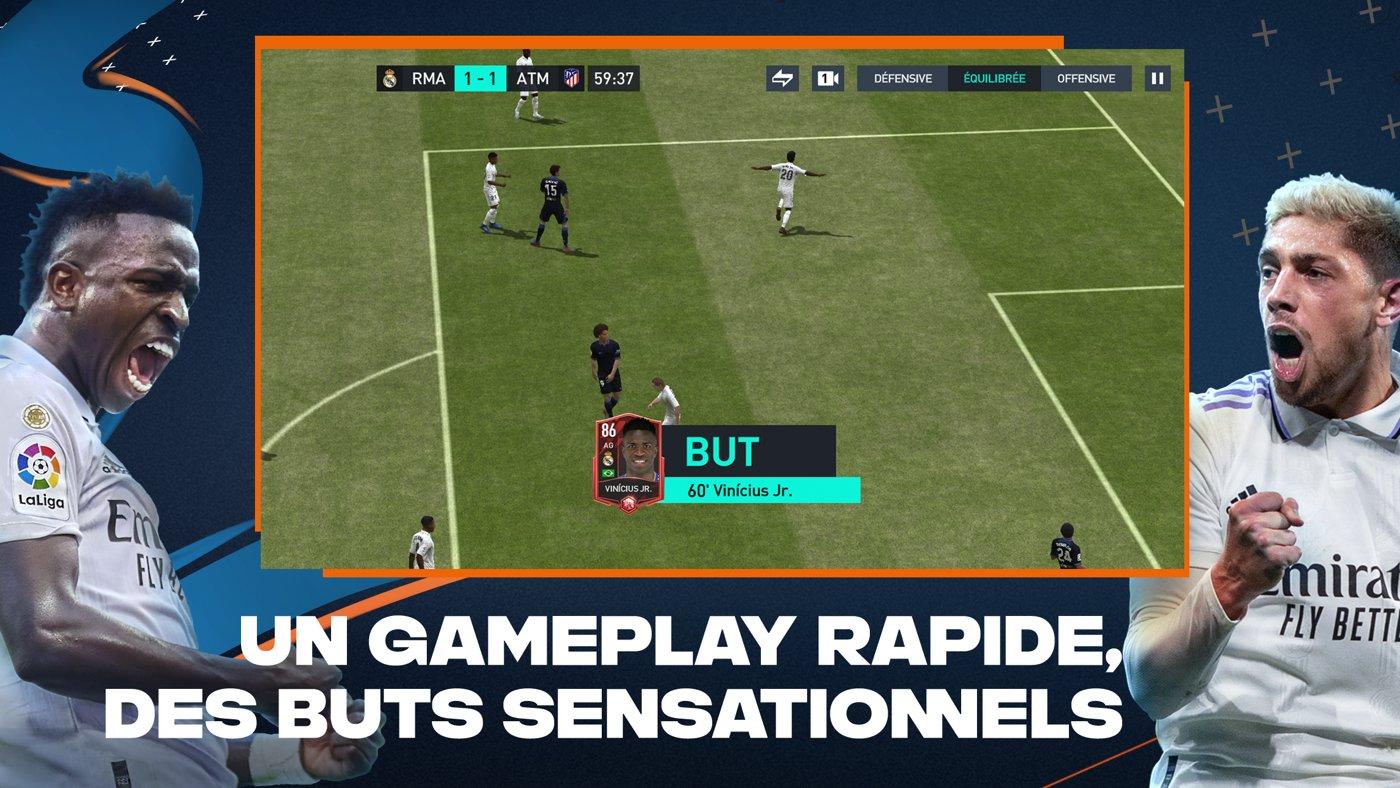 Last week, Electronic Arts gave us a nice presentation video and above all a long presentation of the new gameplay features of FIFA 23. This time, the studio is releasing the major update for mobile players. And the least we can say is that there will be change.

Contents hide
1 FIFA Mobile 23 shows itself in detail
1.1 A Miniature Football Manager
1.2 The other novelties

FIFA Mobile 23 shows itself in detail

EA Sports is finally changing its approach to smartphones and tablets. This year, it’s not just a simple update but a change of course that will impact the way you play.

The great novelty is, to everyone’s surprise, the “Manager” mode which will put you in the shoes of the trainer. Result, you no longer have to control the players of your team, but rather the general tactics. Besides the composition and the different roles, FIFA Mobile 23 offers the possibility of managing the strategy in real time during the matches.

If we are not at the level of a Football Manager, it is interesting to see EA go into more original fields, probably following requests from players. If the sauce takes, it would not be illogical to see landing in EA Sports FC 24 (the new name to come), new possibilities such as recruitment management, training, press conferences and others.

Here is the video trailer of FIFA Mobile 2023:

In addition to the “Career” mode, the developers have greatly improved the reactions of goalkeepers and shots from the wrong foot. The new version also adds never-before-seen player switching options, as well as kits for 30 national teams. The update is available now on iOS and Android.

With these processors no mobile has lag