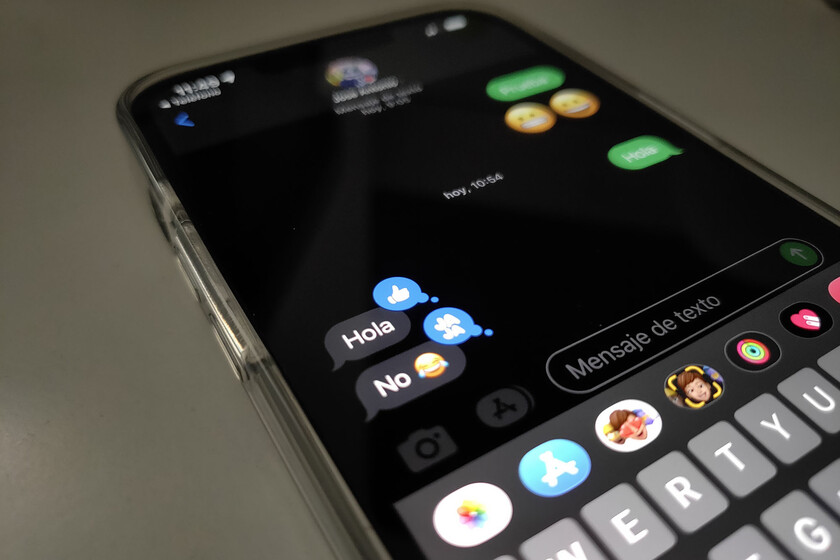 Share
Facebook Twitter LinkedIn Pinterest
The first SMS ever it was written just 30 years ago today by a software engineer and it read “Merry Christmas.” Google has remembered the ephemeris in a blog post where he praised the virtues of the RCS or Rich Communication Serviceironically the messaging protocol with which those from Mountain View want to retire SMS, and a reproach to Apple for not supporting it.

A lot has rained after the first SMS. More than rain, there has been a storm with its own name: WhatsApp, although we cannot forget other alternatives to the popular instant messaging application either. With those clouds hanging over us, at MWC 2016, Google and a group of operators announced an agreement to implement the RCS standard as a successor to SMS. Among those who were on board, Microsoft, and among the absences, the most famous was that of Apple. After all, RCS would be a competitor to your iMessage service. What exactly is RCS?. roughly, the idea of ​​RCS is that the messages application is capable of offering functions similar to those of instant messaging applications: chats, sending photos and videos, voice notes… all without the need to install extra apps, since that would come by default in your terminal. Being a standard and not an application, carriers, manufacturers and third parties could customize the technology. And the best: all these interfaces would be compatible with each other. Come on, as if you could talk to someone on WhatsApp from Telegram and vice versa. If you tried to communicate with someone who didn’t have that standard on their phone, it would arrive in SMS format.

Apple continues in its thirteen and it is something that stings in Googlejudging by the comments of Neena Budhiraja, the author of the blog post and Group Product Manager of Google Messages: “Most of the mobile world uses RCS, but there’s one company that’s lagging behind. After 30 years of SMS, it’s really time”

For this he uses several reasons, among them of course the universality of a protocol that makes it possible to standardize instant messaging on all devices, but also security thanks to encryption, an enhanced chat experience with real-time indicators of write and read receipts.

But all that glitters is not gold, although the feeling taking a look at the sector is that RCS was late to the courier war and with few weapons. What is clear is that if RCS also reached Apple, communication between Android phones and iPhones natively would take several steps forward. Or what is the same, we would gain a more current communication experience and we would also forget about the green and blue messages.

Google’s Product Manager explains that “most operators and manufacturers have adopted RCS as the standard, except Apple.” But Apple is not just anyone: its imprint on the sector is undeniable. And he has already shown on numerous occasions that not only does he not care, but that he Cupertino seem to be comfortable going it alone. In fact, Europe had to arrive to force him to take the step to leave lightning behind in favor of the universal USB-C port.

Neena Budhiraja ends up being categorical and throwing a cable (USB-C, heh): “Apple refuses to adopt RCS and continues to rely on SMS when people with iPhones send messages to other people who have Android, which means that his messaging is anchored in the 90s. I hope Apple gets the message.”