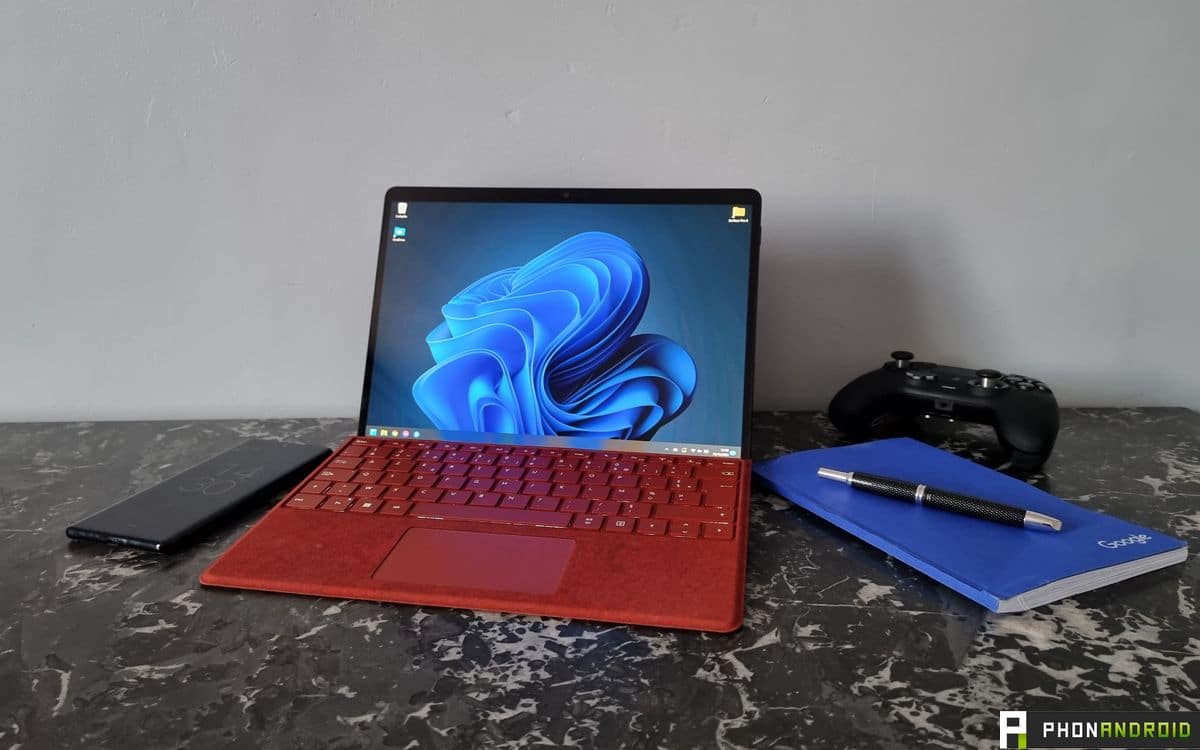 Share
Facebook Twitter LinkedIn Pinterest
Microsoft’s Surface Pro 9 is being talked about through a leak. We know a little more about its characteristics. We thus learn that a model could be powered by a Microsoft SQ3 processor. The two-in-one PC could be marketed from 1300 euros.

The Surface Pro 9 is starting to get talked about. The flagship PC of the Redmond brand has indeed leaked and it is the WinFuture site, often well informed, which tells us a little more about it. He gives us his supposed characteristics as well as its tariff placement.

On the spec side, the Surface Pro 9 comes as no surprise. The machine would still be presented as a tablet with a detachable keyboard and would be equipped with a 13.5-inch touch screen with a definition of 2,880 x 1,920 pixels.

The Surface Pro 9 could have an in-house processor

The machine would be available in several versions. The top of the range would be equipped with an Intel Core i7-1255U processor (from 12e generation, therefore) while the more affordable model would offer an Intel Core i5-1235U. Chief’s surprise, Microsoft could also sell a Surface with an in-house processor: Microsoft SQ3. This ARM processor usually equips the Surface Pro X and adding it to the Pro range would be an interesting experiment.

We could also count on a maximum of 16 GB of RAM as well as a 1 TB SSD memory. This product could be marketed at a minimum of 1300 euros, is more expensive than the Surface Pro 8 (1179 euros). This price should, as with previous products, only include a tablet. Four colors would be offered: silver, black, green and sapphire.

The Surface Pro 9 would be accompanied by another flagship of the brand: Surface Laptop 5. It would have exactly the same characteristics, except that the keyboard would not be detachable. We also learn that this year, the product would not be available in a variant with an AMD processor. The 13.5-inch model would be sold at 1200 euros while the 15 inch at 1500 euros.

Of course, we will follow these announcements very closely. Microsoft is used to presenting its novelties during the month of October.