Honor Magic Vs, technical sheet of characteristics and price 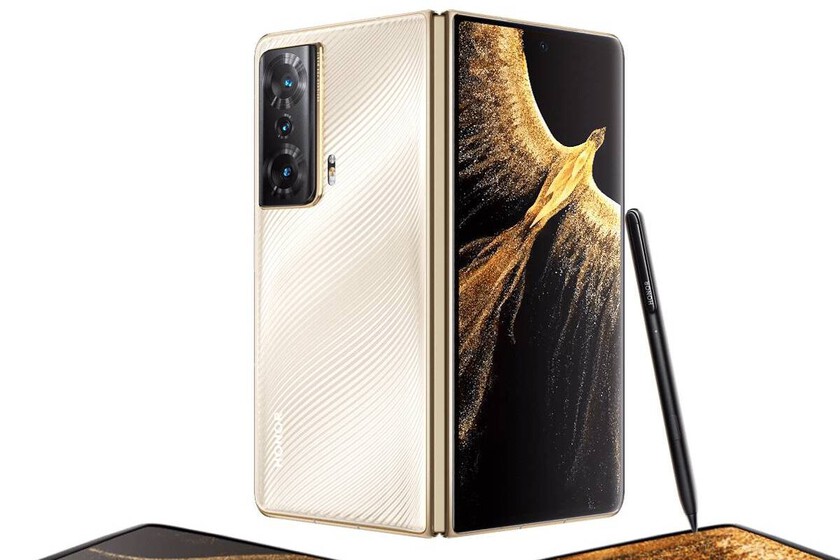 Share
Facebook Twitter LinkedIn Pinterest
Honor started the year with its first folding mobile, the Honor Magic Vand practically ends the year with another, the new Honor Magic Vs. Again it follows the concept of the Galaxy Z Fold, unfolding so that its external 6.4-inch screen passes to the internal one, 7.9 inches.

The Honor Magic Vs renews the processor with the latest Snapdragon 8+ Gen 1although in other aspects it takes a step back from the original folding, being somewhat more moderate in the megapixels of its cameras, but with a slightly larger battery and a price that, although it is still bulky, is somewhat lower.

Technical sheet of the Honor Magic Vs

Honor seems to have taken a liking to this folding mobile, because in the same year it already has a second generation ready that is not the Honor Magic V 2, but rather an alternative version, slightly cheaper, albeit with a more powerful processor.

The Honor Magic Vs comes in two versions: normal and Prestige Edition, with a different finish and unique 16+512 GB variant, though the spec sheet is otherwise the same. The normal model also has versions with 8 and 12 GB of RAM and 256 GB of storage.

As usual, the cameras are not lacking in the Honor Magic Vs. It has 16-megapixel front cameras (inside and outside), while the main camera is triple, with a 54-megapixel main sensora wide-angle that doubles as a 50-megapixel macro, and an 8-megapixel telephoto sensor. with a battery of 5,000 mAh that supports 66W fast chargingstereo speakers and the fingerprint reader on one side, curiously the Honor Magic Vs goes on sale with MagicOS 7.0 with Android 12 and not the latest version of MagicOS based on Android 13, which the company has also recently announced.

Versions and prices of Honor Magic Vs The Honor Magic Vs has been announced for the moment in China and we don’t know yet if it will go on sale globally or not. The terminal is available in the standard version in the colors black, orange and blue and in the Prestige Edition, in black and gold. These are their prices.