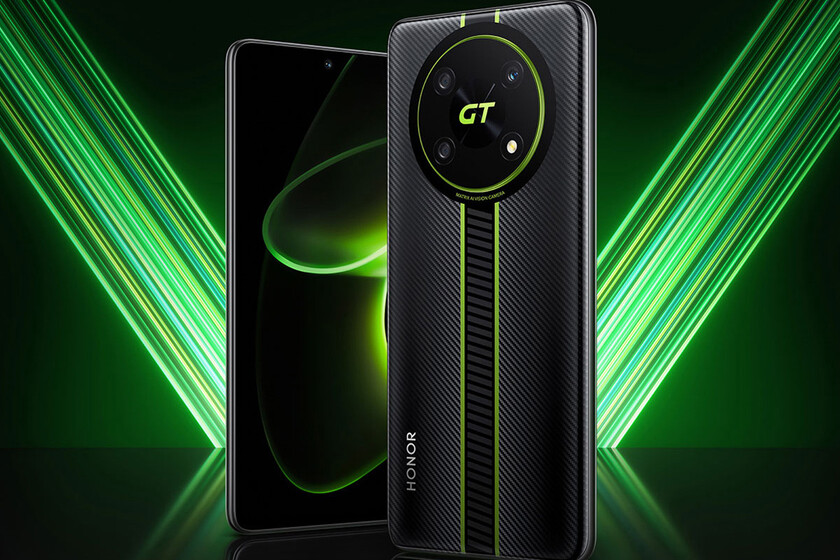 Share
Facebook Twitter LinkedIn Pinterest
A month ago Honor presented the Honor X40 5G with a round design, although with a mid-range 5G processor, the Snapdragon 695. Now the company has announced a new model with Snapdragon 888 and racing car inspiration.

The Honor X40 GT is official as a new affordable high-end mobile with 66W fast charge, 50-megapixel triple camera and a screen up to 144Hz refresh rate and 480 Hz touch response.

The most powerful Honor mobiles are those of the numbered series (without letters, like the Honor 70), but the Honor X series grows and begins to tread the thin line that separates the mid range to high range. With more gamer aspirations than the standard model, the Honor X40 GT opts for a 6.81-inch LCD screen with Full HD+ resolution, 144Hz refresh rate and a touch response speed of 480 Hz. The screen is flat, unlike the Honor X40.

In the upper part of said screen we find the front camera, 16 megapixels, perforated in the center of the upper part, while behind we have a triple camera with a circular design for the module. The main lens is 50 megapixelswith 2-megapixel bokeh and macro sensors each.

The Honor X40 GT mounts a 4,800 mAh battery with support for 66W fast charge (charger included in the box), includes the fingerprint reader on one of its sides and goes on sale with Magic UI 6.1 with Android 12 preinstalled.

Versions and prices of the Honor X40 GT The Honor X40 GT is official for now in China and we don’t know yet if it will be sold in other regions. It is available in the colors black, silver and black with racing decoration and two variants:

The 13 best Android tricks according to Google itself