How much data do you actually download with your internet speed 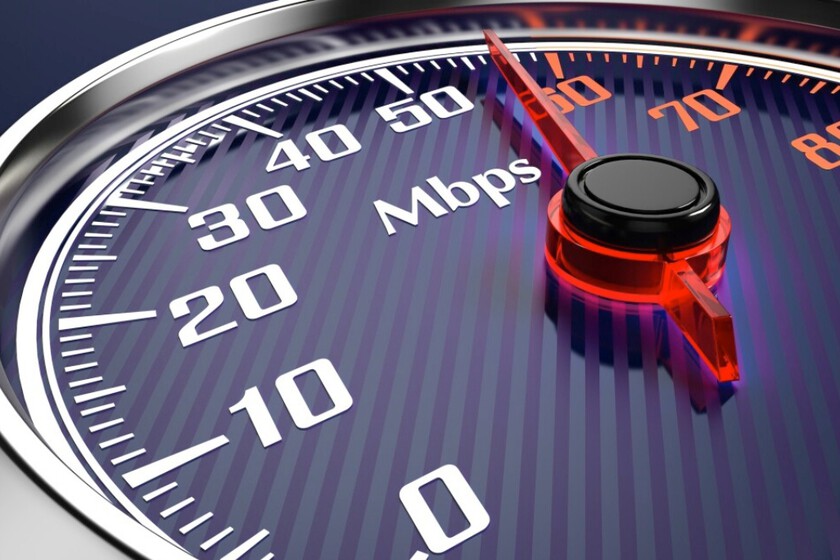 Share
Facebook Twitter LinkedIn Pinterest
The terminology of the world of networks can be confusing and, in some cases, lead to misunderstandings. When we go to contract a fiber rate that offers us 600 Mbps of speed, we may think that we will be able to download 600 MB of data in a second, but nothing is further from reality. The reason? That in the first case we talk about megabits and in the second about megabytesdifferent terms.

The first term is pronounced “megabit” and the second “megabait” and the difference between the two is substantial. Both terms serve to measure what a file weighs, but a megabit (Mb) is eight times smaller than a megabyte (MB). Therefore, when we download a 100 MB file at 100 Mb/s (or Mbps) it doesn’t take a second, but rather more.

Understanding the speed of your network

If we look at the fiber offer of any telephone company, we will see that the fiber speed is expressed always, always, always in Mbps. For example, Movistar installs 600 Mb of fiber, that is, 600 megabits per second. Vodafone, Yoigo reach up to 1 Gbps.

That’s internet speed, but to translate it to file weight you need to do a very simple conversion. so much that simply divide or multiply by eight, depending on the address. Thus, 1 Mbps is really 0.125 MB/s, while 1 MB/s is 8 Mbps. To see it more easily, we have made a conversion table with different Internet speeds so you can see what it would really take download a 100 MB file.

As we can check, downloading a 100 MB file at a speed of 100 Mbps takes not one second, but eight seconds, because we are actually downloading 12.5 megabytes per second. That in optimal conditions, of course. The speed of a network is not completely stable, so the time will fluctuate depending on the situation.

Be that as it may, we already know the conversion formula, so we can use it to know the volume of data in MB that we are downloading. Let’s remember:

The needs of each platform

So far we have seen the conversion formulas and how much data we are actually downloading based on speed, but to see it more clearly we are going to use some real examples. Specifically, we will talk about Netflix, HBO, Disney+, YouTube and Spotify.

Netflix, for example, asks us for a speed of 5 Mbps to watch HD movies and 25 Mbps for 4K content. That means that we are actually downloading 0.625 MB and 3.125 MB every second, respectively. To view content on HBO, the company asks us for a minimum speed of 3.1 Mbps, which, dividing by eight, results in 0.3875 MB/s.

If we talk about the requirements of Disney + we find that they recommend a minimum of 5 Mbps for HD content. Something affordable a priori, but that increases considerably when we talk about consuming content in 4K UHD. And it is that the platform recommends a minimum of 25 Mbps for highest resolution content.

Finally, we want to reassure you. And it is that, Although the speeds may seem high, the volume of data we are downloading is not so high.. And luckily most fiber and mobile rates that we find far exceed those speeds. Of course, you should take them into account if you want to enjoy them away from home in a place where you do not have such a good connection.