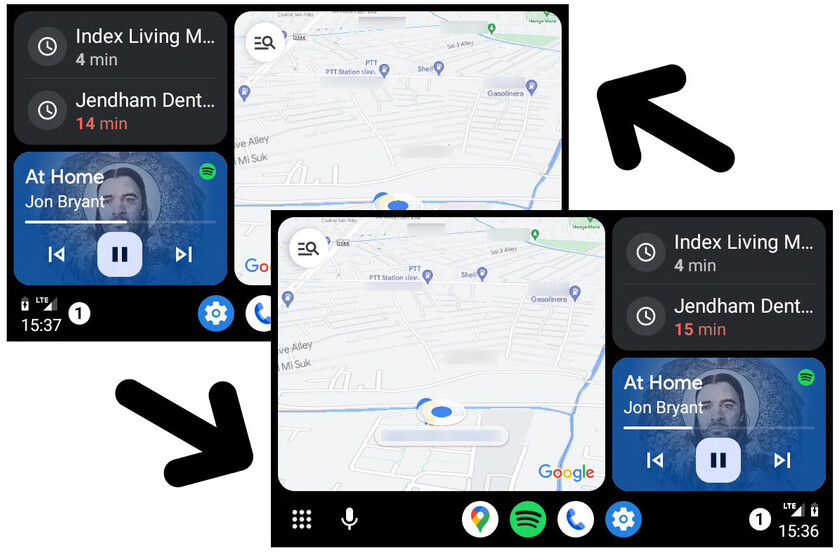 Share
Facebook Twitter LinkedIn Pinterest
Coolwalk is here, at least for some users, and this deep redesign of the Android Auto interface comes with better multitasking features and a few headaches. For example: how to put google maps closer to driver sidein case it appears in the farthest column.

We tell you how you can toggle the two columns of Android Auto with Coolwalk so that where is the map the cards appear and/or multimedia and vice versa. In many cars it will appear already configured correctly, but it can be useful if the person who is going to manipulate Android Auto is not the driver, but the co-driver.

HOW TO ACTIVATE DRIVING MODE on Google Maps | Xataka Basics

The map to the left or to the right

Android Auto with Google Maps in the left column

Android Auto’s Coolwalk redesign prioritize using two apps at the same time. The main one is displayed taking up most of the screen, while a column on the side is used for the secondary app. If we are driving, it is usually the multimedia app. If we are in any other app, then this secondary app is the map.

We can put Google Maps full screen with Coolwalk, but what doesn’t seem so intuitive is switching the gaps for the main and secondary app to the side. There can be two problems: that you are going to use Android Auto from the driver’s seat and the maps app is at the other endor that it is the co-pilot who is going to use Android Auto, and have all the main buttons far away. Android Auto tries to adapt the important content to put you closer to the driver, including the taskbar and the main application, which appears larger. The system gets from the car, when connected, which side the driver is on, left or right, but luckily it can be changed from the settings.

All you have to do is enter the Android Auto settings and tap on driver location. The default setting is car defined, but you are free to force it left or right. It is necessary to reconnect the mobile to Android Auto to observe the changes. With Coolwalk with vertical bar, also change the side of the taskbar with this tweak

And what are the changes? If you have Coolwalk with the bottom taskbar, the shortcuts (or media widget) stays centered, but the drawer button and microphone are placed on the side you choose in settings, and the notifications and clock on the opposite. Of course, the main app is also displayed, in a large size, on the side that you have chosen in the settings.

With Coolwalk with vertical barGoogle Maps or the main app that you are using at that moment will go to the side that you have chosen in the setting, but also the taskbar will be on the left or on the right, depending on what you have chosen.