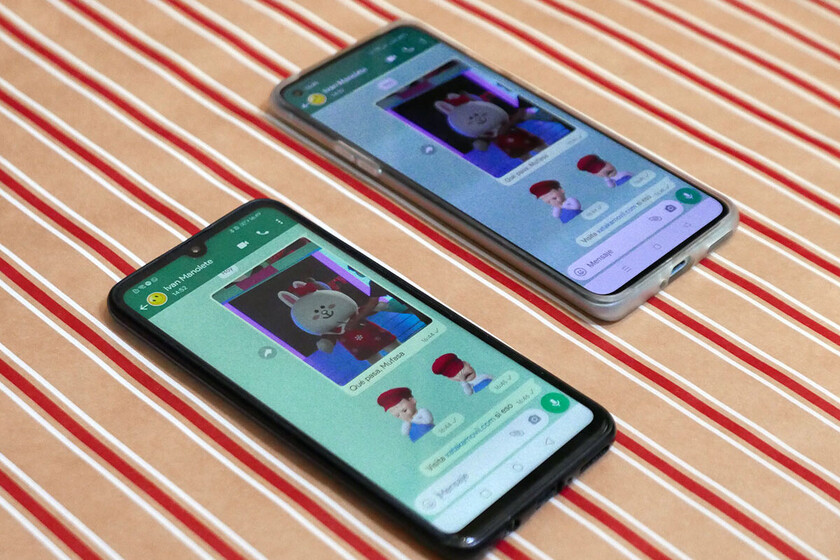 Share
Facebook Twitter LinkedIn Pinterest
If a few years ago someone told us that we could take our account on several mobiles at the same time, we would have thought him crazy, but what seemed impossible has become a reality with the new multi-device mode. First, it was only for WhatsApp Desktop and PC, but now it also serves to duplicate your WhatsApp in its app on mobile phones and tablets.

So, you can use your same WhatsApp account on up to four mobiles and quite independently. The only requirement is that we connect our main mobile to the Internet at least once every 14 days and that the total number of devices (counting WhatsApp Web or Desktop) is four.


Your WhatsApp on several mobiles

WhatsApp has been taking its multi-device mode to the next level for a few weeks now with the possibility of connecting the WhatsApp application in companion mode. Buddy mode means you don’t set up the app with your phone number and a code sent to you via SMS, but instead works as a paired devicejust like WhatsApp Web or WhatsApp Desktop.

The companion mode is the default when opening WhatsApp on an Android tablet, although you can also access it from any mobile, although it is easy to go unnoticed. The key is that when the initial configuration of WhatsApp appears, you touch the menu button ⋮ and choose Pair a device. This switches from normal WhatsApp registration mode to linking mode. You do not have to put your phone number here, because you are going to use your primary mobile to log in: Instead, a QR code is displayed that you have to scan with your main mobile. The process is exactly the same as when you set up WhatsApp Web or WhatsApp for Windows or Mac.

Go back to your main mobile and in the chats tab, press the menu button ⋮ and tap on linked devices. press then Pair a device and the QR code reader will open. If you already had four devices, you’ll need to disconnect one first. After scanning the QR code of the mobile that does not yet have WhatsApp with the one that already has it, you will automatically log in and messages will start downloadingwhich may take a few minutes. After linking the new device, you will have WhatsApp on both mobiles

You can use this method, which starts first in WhatsApp betas, to use your account on up to four mobiles, be it Android or iPhone, or with a tablet in the mix. You can, for example, have your WhatsApp on two Android phones, an iPhone and a tablet. You choose.