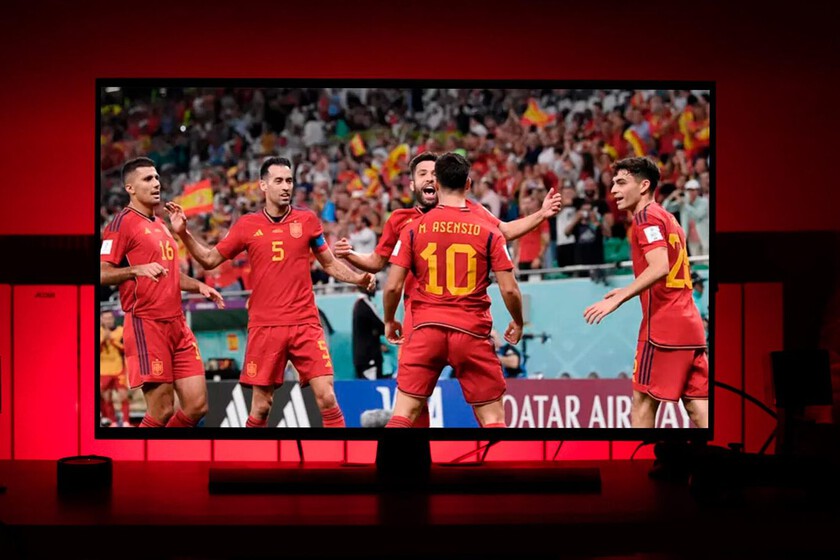 Share
Facebook Twitter LinkedIn Pinterest
The World Cup in Qatar is in full swing, a huge number of games await us ahead. World Goal is the only way to access all the matches; though a good number of them are issued for free: Televisión Española has the rights to the national team and other notable matches. Even with 4K broadcasts; who need a specific team to receive.

With the World Cup in Qatar, television consumption has risen, and it is not for nothing that La1 broadcasts part of the competition’s matches free-to-air. Even in ultra high definition 4K; no matter how difficult it is to access these broadcasts: the requirements are very specific. And there is an important element that does not attract much attention: the antenna.

To see DTT in 4K the stars must almost align

When it comes to enjoying 4K content, we tend to pay more attention to the device that plays said content. In the case of broadcasts through the TVE UHD channel, any TV from 2016 onwards is suitable to tune them, since they include a DVB-T2 tuner as standard, necessary to decode the 4K signal. If you do not have a compatible TV, you will need to purchase an external tuner.

Another key aspect to enjoy the World Cup in 4K through Spanish television is to have tuned in to the relevant channel, TVE UHD (formerly UHD Spain). This is accessible in a good part of the territory through local broadcasts, as reflected in the table of channels offered by UHD Spain. Therefore, to tune in to 4K broadcasts, you have to perform a terrestrial search on television to memorize TVE UHD; as long as it wasn’t already tuned in.

TVE UHD does not have permission to cover the entire Spanish territory, so there will be areas that will be left without access to the soccer World Cup in 4K; apart from the rest of the content that is broadcast in Ultra High Definition. If you live in an area without coverage, there is nothing to do: it will be impossible to tune to TVE UHD.

The 4K broadcasts are experimental and are not available throughout the Spanish territory: only the provincial capitals, and some highly populated nuclei, can tune to TVE UHD

Once we have the television and the channel ready, the other element in contention is the antenna. It must be well oriented to the repeater and you need to have the modules suitable for the local channels that broadcast in the place. And here lies the main problem that prevents many users from having 4K despite being in a coverage area: their terrestrial antenna is not adapted.

The antenna is much more important than it seems Being in a 4K coverage area, and having a television with that resolution, does not guarantee viewing of TVE UHD broadcasts: the antenna must be prepared for multi-channel tuning. Depending on the installation, it may be the case that the MUX or multiplexer (frequency and transmission bandwidth) are not active for UHD TV; or what the relevant modules are not installed in the headend of the antenna. The solution to both involves going through the box.

If the antenna is not prepared for the channel where UHD Spain broadcasts at the location it is necessary to speak with an installer. As stated by an antenna operator to our colleagues from Xataka Home, the price of the module is usually around 100 euros; Enabling the headend in an already prepared installation is around 60 euros and expanding the bandwidth to receive UHD broadcasts can go up to 300 euros. In all cases, labor must be added, always on indicative prices.

Smartphone users should be careful! Hackers are targeting you with these 4 apps, delete them from your phone immediately