Importing chats on WhatsApp will be even easier, work started on the new feature. 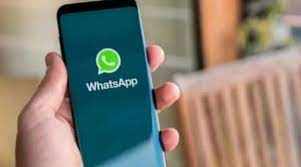 Share
Facebook Twitter LinkedIn Pinterest
Tech News Desk-WhatsApp is improving the user experience by introducing new features and now the Meta-owned WhatsApp is working on a new feature. The instant messaging app is working on a feature that will make it easier for users to back up. At present, WhatsApp has the option of backing up from Google Drive. But now that is about to change. According to a report released by WABetaInfo, whenever users log into the account on another device or reinstall it on the same device, they will see an option to ‘import’. At present, there is no information about when this feature will be launched and let us tell you that it has not been rolled out for beta testers either. Also WB recently announced a new camera feature. This feature is named ‘Camera Shortcut’. It is also said that the new camera tab shortcut of the app is in the development stage of iOS beta app. The good thing is that WB has also shared a screenshot of it, so that we can see what the new feature will look like. It appears to be the same as it was introduced on the Android beta. However, it was later removed after the update due to a bug. At present, there is no information about when its stable version will be released.