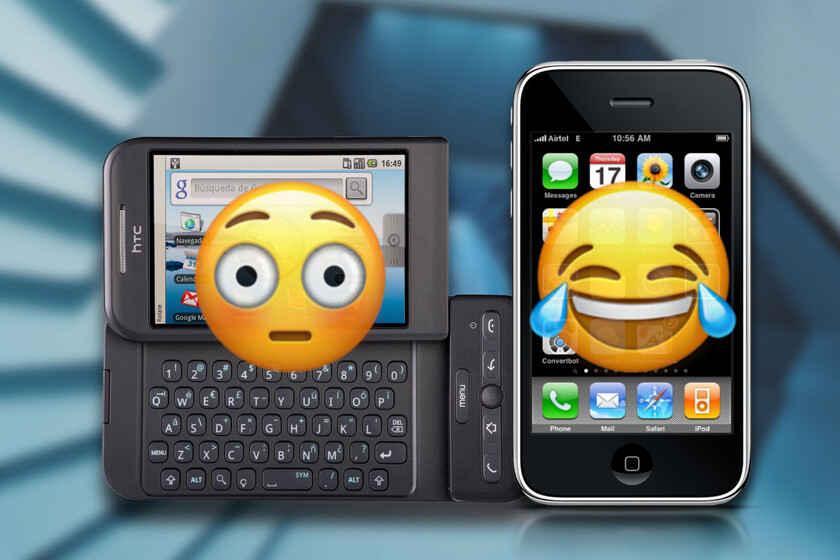 Share
Facebook Twitter LinkedIn Pinterest
The day Apple introduced the iPhone, the front page of Samsung’s website showed…washing machines. Or so they say. What is certain is that the technology, design and concept of the iPhone caught the entire industry off guard. So much so that the first Android phone had a QWERTY keyboard in the middle of 2008.


A change that caught the entire industry by surprise

HTC Dream was the first phone in history with Android. A really interesting phone for the time, yes, but with something that in 2008 was perhaps already a little out of context. Before the iPhone there were several phones that featured a full QWERTY keyboard. Whether it was moving the screen, as in the case at hand, or displaying part of it, a keyboard was something interesting.

However, everything changed with the arrival of the iPhone. The virtual keyboard that Apple introduced in 2007 with the iPhone original marked a before and after in the way of designing mobile phones. So it may surprise us that the first Android phone in history, the HTC Dream, came with one of these physical keyboards.


The truth is that the development of a device is not something that takes only a couple of months. It is even possible that HTC began its design and development before the launch of the original iPhone, but the truth is that it attracts attention. We do not know if the company called the virtual keyboard of the iPhone a “fad”, as others did at the time, or simply Android 1.0 did not have proper support for on-screen keyboards.

Be that as it may, soon after, on-screen keyboards became established as the norm. A keyboard that was there when we needed it, in its different variants, but that completely disappeared the rest of the time. What we all take for granted now may not have been a year after the original iPhone, but clearly marked the way forward.