An American botanical garden wants to fight against endangered species through a very particular robot.

It does not seem that the sloth is one of the animals in which to observe surprising and interesting qualities for science, but it may be that the team of engineers from the Georgia Institute of Technology don’t think the same. In this case, we will talk about environmental carebut we will not get into the field of endangered animals, but we will tell you the curious way in which a robot can be key code for the survival of an entire ecosystem.

SlothBot is the lazy robot friend of the environment

The Atlanta Botanical Garden It is going to be the center of attention in the coming months, a period of time in which a very particular robot, as you can see in the video that we show you below these lines. robotic engineersaccording to information published on the Georgia Tech website, are beginning to test their new invention, named SlothBot. This robot is capable of monitor wildlife activity of a territory and will be tested in one of the most important paths of said botanical garden.

The robotwhich measures almost a meter in length, is located suspended in the airmoving slowly but surely, and uses solar panels and one innovative energy management technology to be able to know parameters of your environment, such as temperature, carbon dioxide levels or weather. Magnus Egerstedt is a professor at Georgia Tech and ensures that:

SlothBot embraces slowness as its design principle. This is not the way robots are designed today, but being slow and energetically ‘hyper-efficient’ will allow SlothBots to survive in the environment to observe things that can only be seen by being present continuously for months or years. 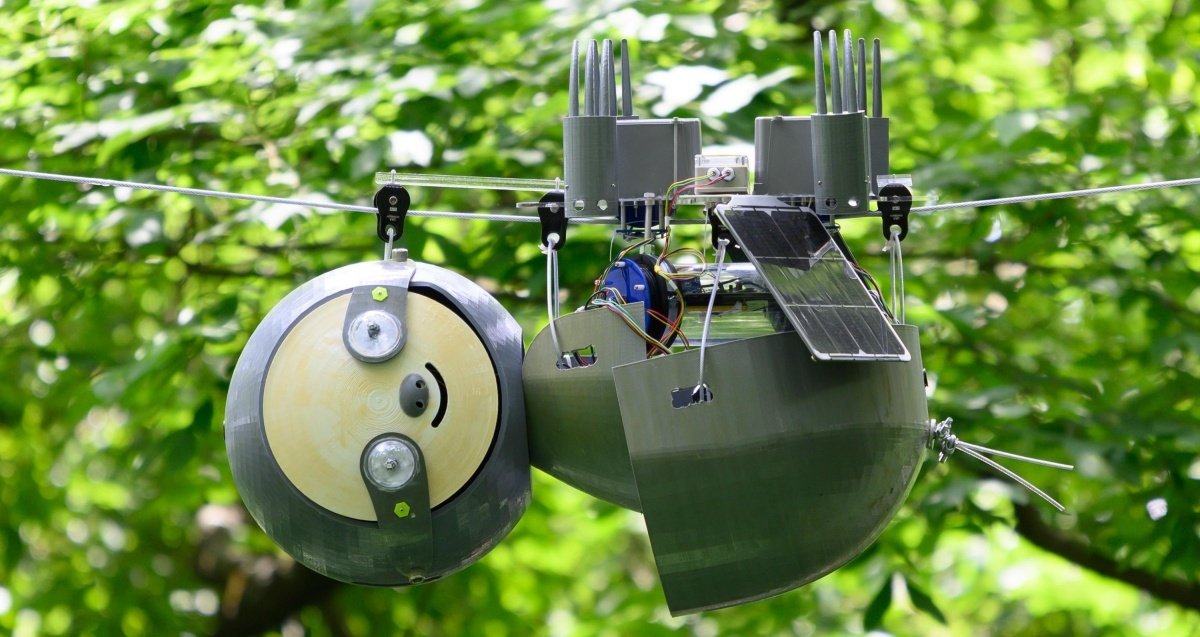 SlothBot is as adorable as it is interesting in its scientific approach. Georgia Tech

The Case lazy robot’s main 3d printed and it is the one that protects the internal equipment, motor, mechanisms, battery and sensors, from the weather. The SlothBot moves through a 30 meter cable long in the Atlanta Botanical Garden, although in other environments might be able to move between different wires.

As a curiosity, the robot is programmed to move only when it is necessary and when you need rechargebeing able to look for the sunbeams. Egerstedt sees a very bright future for this technology, judging by their statements:

It’s fascinating to think of robots becoming part of the environment. While we did not build an anatomical replica of the real sloth, we believe that our robot can be integrated to be part of the ecosystem that watches like a real sloth.