In Android Auto with Coolwalk you choose between shortcuts or multimedia widget: this is how it’s done 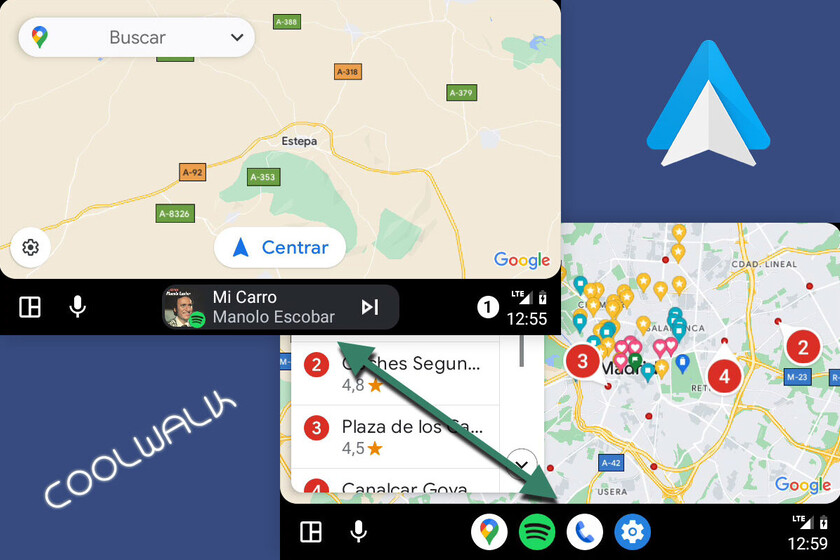 Share
Facebook Twitter LinkedIn Pinterest
The Coolwalk redesign of Android Auto continues to spread slowly but surely among users, rejuvenating the Android interface for cars with several tricks up its sleeve and better adapted than ever for all types of screens. One of the most important innovations in Coolwalk is the new taskbar with shortcuts to the last apps you have opened.

Of course, these shortcuts do not come for free, but rather occupy the space media control widget, which therefore disappears. If you prefer it to stay there, you can bring it back from the Android Auto settings, when you use it on screens with certain formats.


Go back to the Android Auto media widget

Android Auto’s Coolwalk has started its more or less widespread deployment from Android Auto 8.5, starting with those users who are part of the beta program of the app on Google Play (which recently opened places and are already sold out). This redesign modernizes the Android interface for cars with important productivity improvements.

With Coolwalk, the system allows you to use two applications at the same time, one occupying most of the screen and the other small, although in the case of Google Maps you can maximize it. In addition, from the factory the lower (or side) bar includes shortcuts to apps you’ve used recentlyso you can reopen them with a tap and without going through the app drawer first.

However, with the horizontal bar is it possible to bring back the media widget very easily. All you have to do is go to the Android Auto app drawer, tap on Settings and check the option Show app quick controlswithin the section Task bar widget. As soon as you do, the shortcuts on the bar will disappear to be replaced by media widget. This is a useful option if you have a relatively small screen and prefer to use full screen maps instead of sharing space with the media card, where you can also view and control media playback.