install more games on your console with these Black Friday bargains 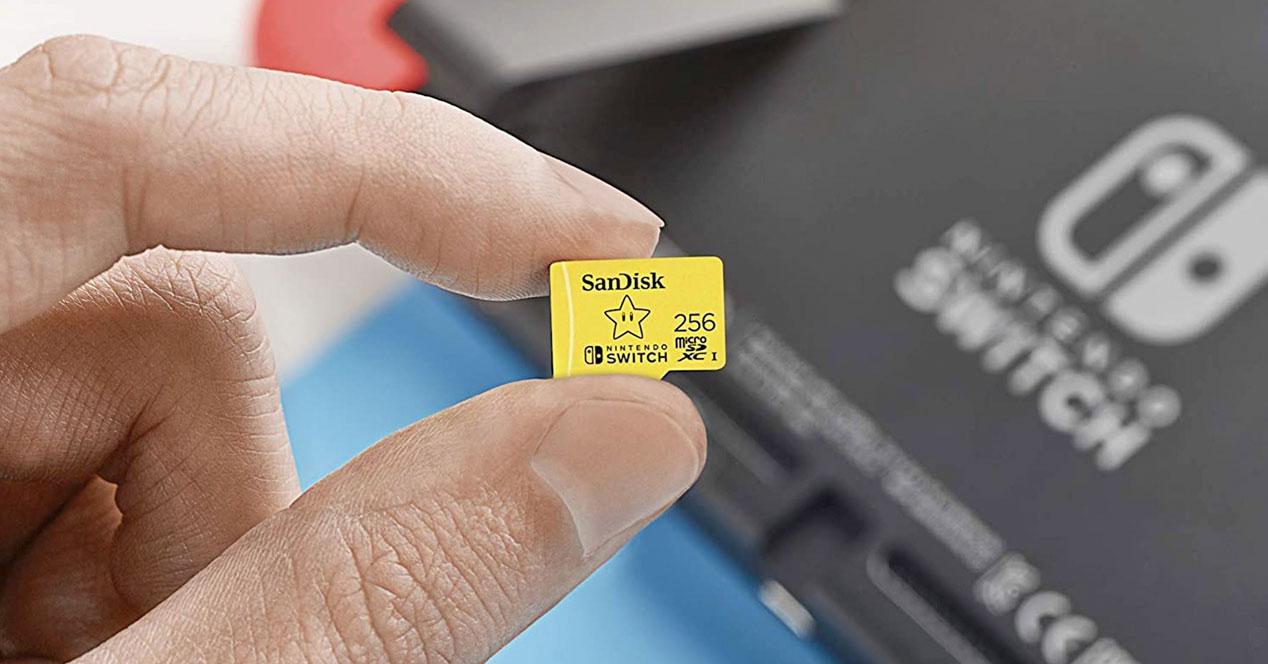 Share
Facebook Twitter LinkedIn Pinterest
It is obvious that video games are becoming heavier and occupy more and more gigabytes. And that on Nintendo Switch there are not too many that exceed ten and practically all are below that amount. This advantage allows us to easily carry three, four, five or even six games on our console, but what happens when we want to add many more? Well, the answer is simple: you have to buy SD cards.
Contents hide
1 Install everything you buy
1.1 SanDisk microSDHC 64GB
1.2 SanDisk microSDXC 128GB
1.3 SanDisk microSDHC 256GB
1.4 SanDisk microSDHC 512GB

Install everything you buy

So we are going to take advantage of Black Friday that Amazon also celebrates to get hold of one of the four SanDisk SD cards expressly designed for us to use with our Nintendo Switch. And it is that regardless of the capacity that we choose, each one of them enjoys a design focused on different franchises from the Japanese: Mario, Animal Crossing and, of course, The Legend of Zelda.

Remember that in the old models of Nintendo Switch (the originals from 2017 and 2019) and the Nintendo Switch Lite the total capacity is only 32GB, so getting the cheapest model of the SD cards that we bring you already means multiplying by two the total available. However, with the Nintendo OLED we have 64GB which, although it seems like a lot, we can already tell you that you will be able to collapse it in less time than you expect.

The offers that we bring you below They will be for a limited time on the occasion of Black Friday and they will stop being available on November 29. So don’t think about it too much, especially if you usually buy in digital format within the Nintendo eShop.

this pretty model is inspired by the colors of Legend of Zelda and those white tones that alternate with the golden classics. If you want to spend little, this is your best option, since it will allow you to install around 10-12 downloaded games that have an average weight of between five and six gigabytes.

This pretty model is inspired by the colors of Super Mario and shows us the mythical mushroom that increases the size of the most well-known plumber in the history of video games. It is an intermediate solution that will surely be worth it because it will let you save and install around 20-24 downloaded games that have an average weight of between five and six gigabytes.

This model that reproduces Mario’s famous invincibility star with yellow colors, the same makes the budget you have assigned more expensive to expand the storage of Nintendo Switch, but if you don’t want to walk in a few months looking for an alternative with more capacity, surely these 256GB come in handy. Especially since they will allow you to download around 40-48 games that weigh an average of five or six gigabytes.

Without a doubt, compared to the 256GB model, this SD card will be even cheaper for you, so if the budget is not a problem, don’t even hesitate. Go for the 512GB of storage extra on your console because it will let you save more or less 80-96 games that weigh between five and six gigabytes.