iPadOS 16 could be delayed until October 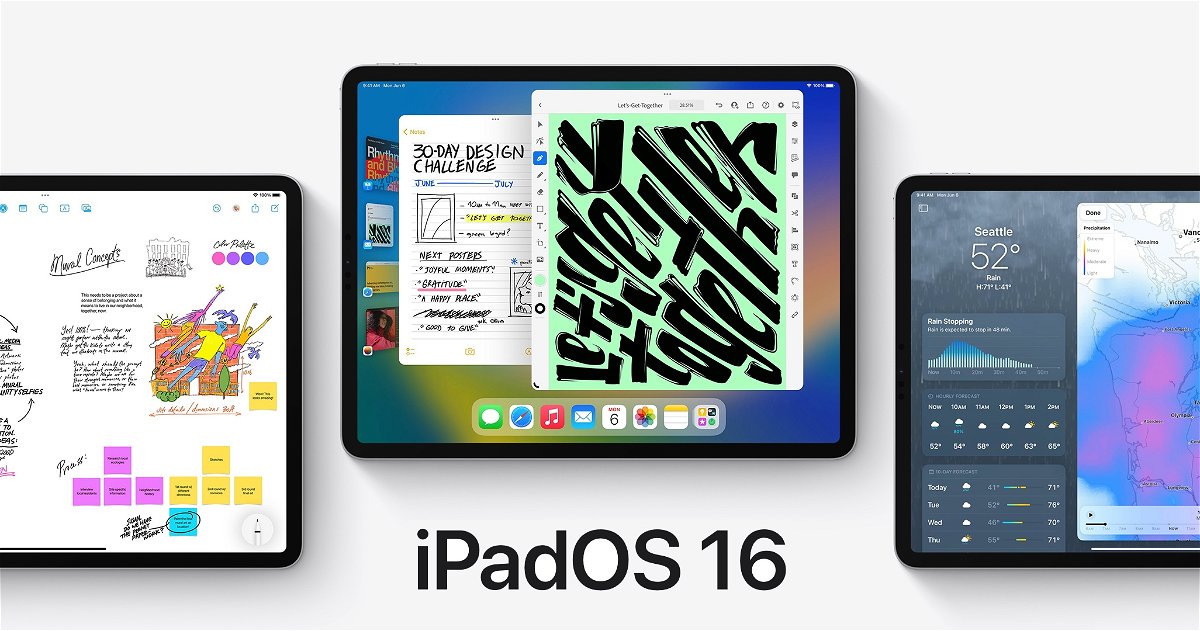 Share
Facebook Twitter LinkedIn Pinterest
Contents hide
1 According to Mark Gurman, the development of iPadOS 16 is delayed and its launch will not arrive until October.
2 The launch of iPadOS 16 will arrive alongside new iPads

According to Mark Gurman, the development of iPadOS 16 is delayed and its launch will not arrive until October.

Usually the launch of iPadOS coincides with that of iOS and is usually in mid-September. We already know when iOS 16 will be released and until now we thought that Apple would release iPadOS 16 at the same time. However, as reported by Mark Gurman in Bloomberg, Apple is delaying the release of iPadOS 16 until the month of October.

It looks like, the development of iPadOS 16 is somewhat delayed, especially the new Stage Manager feature. It does not mean that we are going to see a relevant change in this function, Apple simply wants to adjust certain things and the development will be delayed a month on the planned schedule.

iPadOS 16 brings us many new features to the iPad

The software lag is due, at least in part, to an ambitious effort to overhaul the iPad’s multitasking capabilities. […] During beta testing, the system has drawn criticism from some developers and users for its bugs, confusing interface, and lack of compatibility with most iPads. The staggering release schedule will also allow Apple to put more engineering resources into completing iOS 16, the software update that will ship with iPhone 14 in September.

The launch of iPadOS 16 will arrive alongside new iPads

We know that Apple is preparing new iPad models and that these will be presented in October, as has happened on previous occasions. Gurman confirms that we will see the iPhone 14 and Apple Watch Series 8 in September and a new event in October with a new iPad Pro with the M2 chip and a gateway iPad with USB-C.

The iPadOS 16 launch will coincide with this second event, which will probably be the last of the year. Therefore, we will have to wait to install the final version of iPadOS 16 on our iPads.

iPadOS 16 arrives with a new multitasking

The change would also bring the release of iPadOS 16 closer to the release of new iPad hardware. Bloomberg has reported that the company is planning an updated iPad Pro with an M2 chip, along with a faster entry-level iPad with a USB-C port.

Apple has already confirmed that some of the features of iOS 16 and iPadOS 16 will not be available at launch, so it looks like development is late. And it is not the first time that this has happened, the launch of iPadOS 13 has already been delayed by a week compared to iOS 13, in fact iPadOS 13.1 arrived directly.

Gurman has also confirmed that the launch of watchOS 9 will coincide with the launch of iOS 16, logical considering the September event. And that macOS Ventura and iPadOS 16 may also launch at the same time in October.