iPhone users are getting this facility in WhatsApp video call, know what will be the benefit 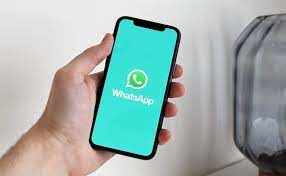 Share
Facebook Twitter LinkedIn Pinterest
Tech News Desk – WhatsApp, the most used messaging app in India, keeps working on new updates for its users every day. This time also Meta is working on a new feature for video calling. Let us know that these features have been introduced for iPhone users. According to a new report, WhatsApp is testing picture-in-picture mode for video calls. Let us know that this feature has started rolling out to some beta testers of the iPhone. As we mentioned, this feature is only seen on beta versions of iOS, which means that only certain iPhone users can access it at the moment. On the other hand, if we talk about picture in picture mode, then this feature allows the user to use other apps while making a video call on WhatsApp.

Let us know that apps like YouTube and Google Meet / Hangouts already support picture-in-picture, which makes multitasking easy. Popular WhatsApp development tracking website WABetaInfo reported in its report that picture-in-picture mode is available for users who are working on the latest beta build of iOS i.e. version 22.24.0.79. On the other hand, beta users who are not getting this feature yet, will have to wait for the upcoming update. This feature will be rolled out to other users only after the completion of beta testing. But WhatsApp has not given any official information about this. Apart from this, Meta’s instant messaging platform WhatsApp has started testing its disappearing message shortcut button. The company introduced the feature to some of its Android beta testers. It is expected that soon this feature will be rolled out for other users as well.