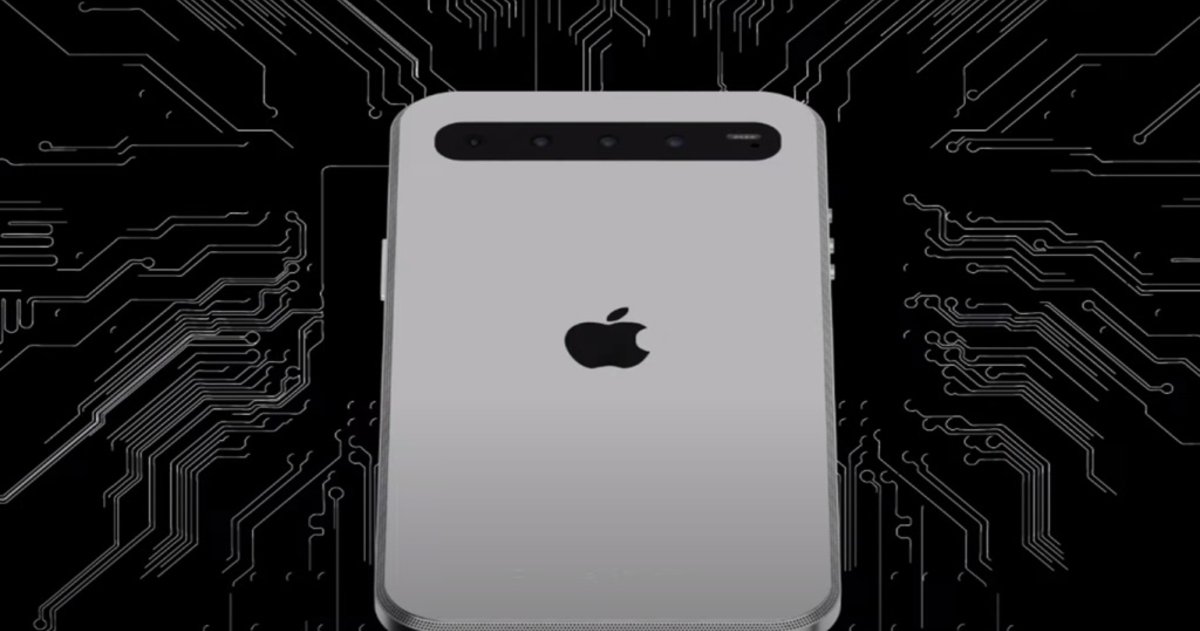 A unique combination of Apple claims to result in an extraordinary concept: iPhone Studio. In this way it seeks to renew the image of the iPhone in the style MacStudio.

The Mac Studio was introduced as a kind of evolution of the Mac mini slightly larger but much more powerful. It was thought of as a computer for those who use their own screen and, at the same time, want the more power in a desktop Mac.

The prominent Italian designer, Antonio De Rosa (ADR) has been the architect of this concept. He has previously done similar work as the Apple ProCam.

The renderings that the prolific artist has released show a Very stylish iPhone with quite powerful functionality. Among the qualities stand out an Ultra A16 processor, USB-C and a ProCamera Array that includes a periscope lens.

The Horizontal ProCamera Array reminiscent of the Google Pixel 6 series of smartphones. The camera system which is patented by Apple has been designed in order to decrease the size of the bulge in the camera.

The proposal made by ADR includes the possibility that the iPhone has USB-C connectivity. Although there is no certainty in this, the European Union (EU) is promoting it as part of a new standard in portable devices.

There is talk that the periscope camera would arrive between 2023 and 2024. For its part, the USB-C port is less likely, knowing that Apple would lean more towards a wireless connection complete.

Additionally, the sketch shows a 3D audio system made up of a series of speakers that give the impression of wrapping the iPhone. For some it resembles the cooling grill present in the Mac Studio. In this way it will be issued sound in all directions.

The iPhone Studio reveals a notch and a edge-to-edge bezel-less display. Flipping it over, the quad camera doesn’t look as novel when aligned horizontally, as it may have been on some past LG model. Still mute button remains and the rounded buttons located on the side in the best iPhone 4 style. There are those who notice similarities with the iPhone 13.

The device also would connect to one or two 4K or 6K monitors, to a keyboard and a mouse. This essentially transforms it into a compact workstation. It is estimated that the battery should be of a higher capacity.

According to De Rosa, the iPhone Studio would be presented in four possible color options such as green, yellow, blue and gray.

The mighty smartphone you can also see it in augmented reality by visiting Antonio DeRosa’s website.