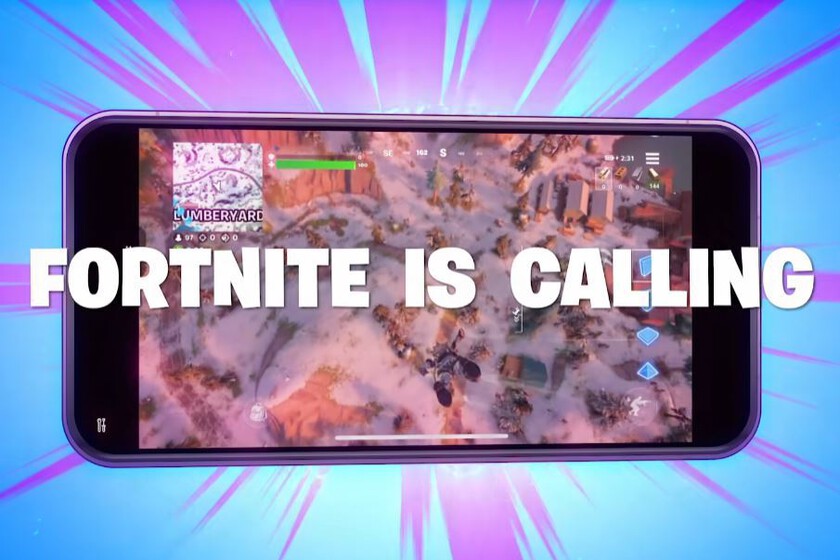 Almost two years have passed since the withdrawal of Fortnite from the App Store, making it impossible for iOS users to enjoy this battle royale on their devices. However, today there is a trick to make it work, such as the possibility of playing it through GeForce NOW, NVIDIA’s streaming service. Now we will have another method that has been possible thanks to the collaboration between Microsoft and Epic Games.

Microsoft has announced the possibility of play Fortnite completely free of charge and through your Xbox Cloud Gaming system, which is accessible from any iOS device, Android, and PC. In this way, we can play this battle royale without installations and from the Microsoft cloud.

How to play Fortnite for free through Xbox Cloud Gaming

To access the Xbox Cloud Gaming service, you must have a subscription to Xbox Game Pass Ultimate, which in addition to its extensive library of games, we have the option to play a good number of titles via streaming. However, the company has decided that Fortnite is the exception to this, since You can access the service completely free of charge and without paying any subscription.

The most immediate way we have to run Fortnite through Microsoft servers is through the Xbox website. To play, we will have to have a Microsoft or Xbox account, and search for the game in the library. The only catch is that the game is only accessible through the browser and not from the Xbox Game Pass app, then our phone must be compatible with the game in the cloud through the browser. This is possible for both iOS and Android devices. The good news is that controllers are supported, in addition to the phone’s touch controls.

Although the game was completely free through the Epic Games launcher, To be able to play it on iOS, some extra trick was neededsince it was removed from the App Store itself due to disputes between Apple and Epic.

With this movement, Xbox continues to accumulate millions of users in its Game Pass and cloud gaming service. It seems that things are going very well for the company, and proof of this has been its results for the last fiscal quarter. In them, the firm takes pride in its numbers, emphasizing that more than 10 million players have already tried its Xbox Cloud Gaming service.