It looks like a Nintendo Switch, but it comes with thousands of retro games, and it’s on sale! 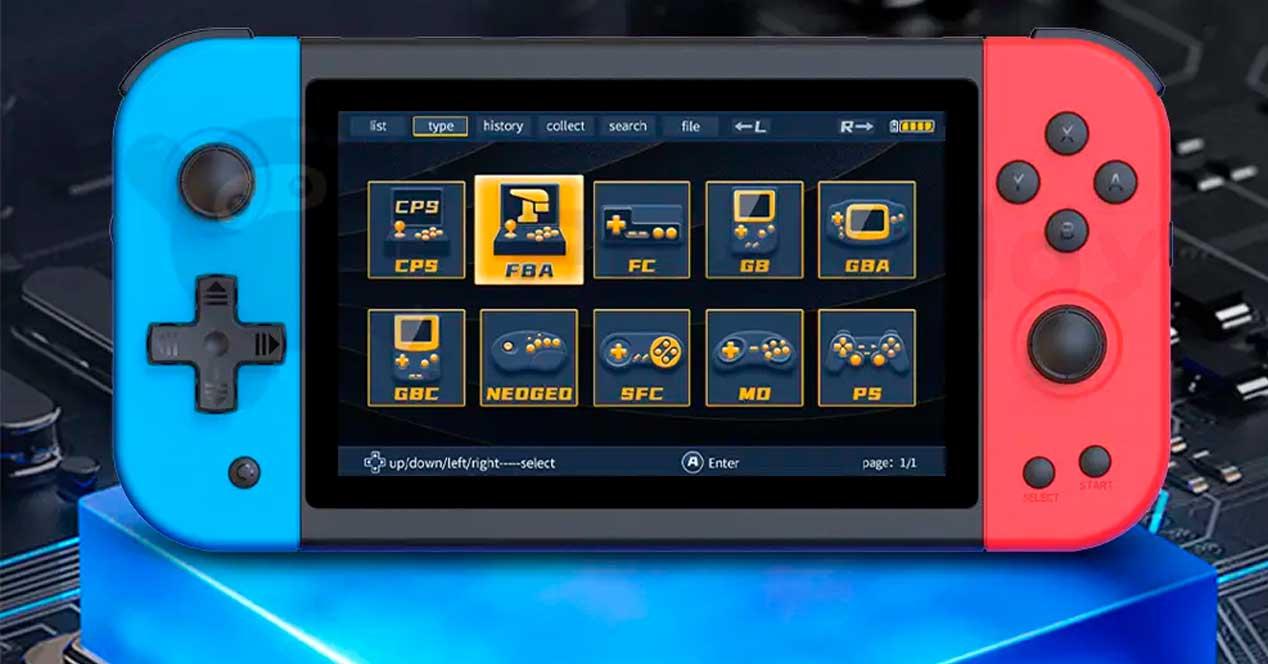 Share
Facebook Twitter LinkedIn Pinterest
Retro games are in fashion. Every time, experienced players get more and more tired of the same old games, online games, souls-type games, or the same rehashes that come out on the market over and over again. We long for times gone by, where graphics weren’t the most important thing, but being entertaining and really challenging. Luckily, we are currently living in a golden age of retro games, and we have endless possibilities to play them again. For example, with a retro console.

The quintessential retro console is, today, the raspberry pi. This micro-computer has marked a before and after when it comes to retro games, allowing us, for very little money, to set up our own console connected to the TV. But, seeing the business possibilities, this has not stopped here, and many factories have begun to create their own consoles, more powerful and with other features such as, for example, an integrated screen so as not to depend on television.

Today we bring you one of the best retro console models that we can find on the market. A console that, if you are looking for something powerful, capable of moving up to PlayStation 1 without breaking a sweat, you cannot miss out.

The first thing that strikes us about this console is its aesthetic appearance. We are facing a device that copies the appearance of the Nintendo Switch, using similar colors and a button layout that, of course, makes its intention clear. Inside we find a 4-core ARM processor that, together with its 128 MB of RAM, will allow us to move, without problems, the main retro consoles. As for the screen, we find a high-quality 5-inch IPS panel with a resolution of 480 × 800 px.

The 10 retro machines that this retro console is capable of emulating are:

In addition, we have the possibility of connecting this console to a television to watch the games on the big screen, as well as connecting two controls, via USB, to play with other people.

The normal price of this console is close to 75 euros. It’s not very expensive, but it’s not cheap either. However, thanks to GearBest’s Flash offers we can get hold of it for just 62 euros. VAT included, to avoid problems with customs. And free shipping to Spain.

If the previous model seems too expensive, or too big, we can also get another cheaper model and, this time, with an appearance similar to that of the GameBoy Advance SP. We are talking about the Powkiddy V90. Although this model has less powerful hardware than its older brother, and a much smaller screen, it is one of the best options we can find to play all kinds of retro games, even being able to move the PlayStation 1.

The price of this console is 50 euros. And, taking advantage of the Flash offers and the 15% discount, this console stays with us, placed at home, at just 43 euros. Shipping is free, and we will not have problems with customs either.

“The products in this article carry an affiliate link that earns SoftZone a small commission. These products do not have any commercial relationship with the brands or with the store in question, they have been selected because they are discounted»