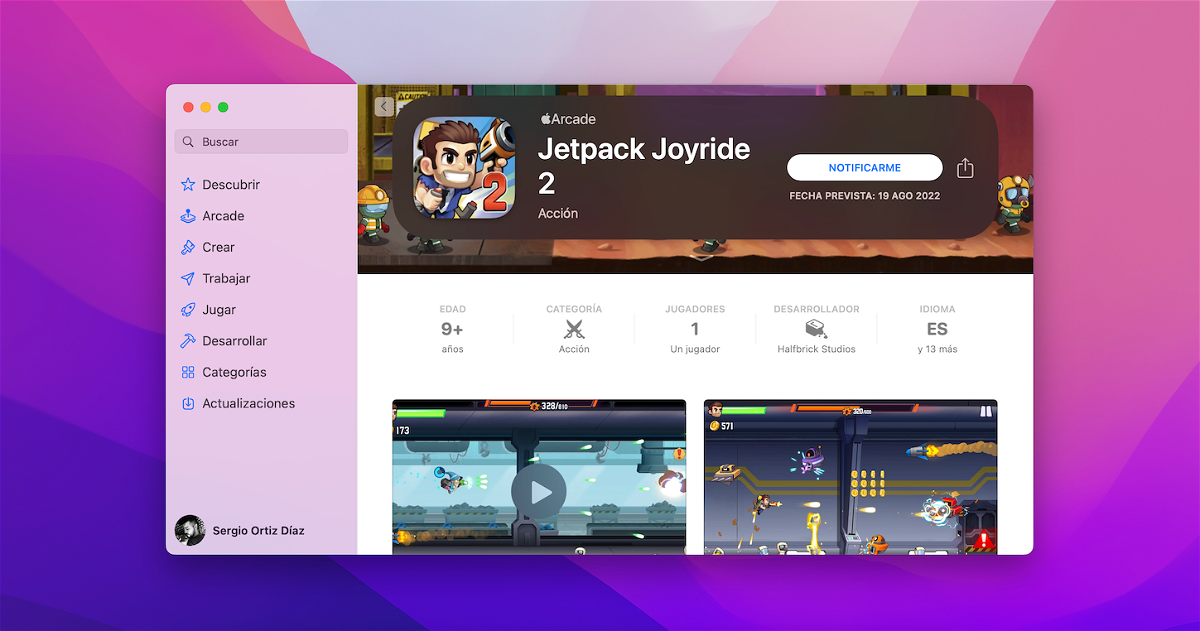 The second installment of the popular game will be available on Apple’s video game platform from August 19.

One of the most popular and recognized games in the history of iOS (and iPadOS) will have a sequel. We talk about Jet Pack Joyride 2a title that will be available exclusively on the Apple Arcade platform from the day August 19.

For anyone unfamiliar with the matter, apple-arcade is an on-demand video game platform that allows iPhone, iPad, Mac and Apple TV users to access a catalog of games for €4.99 a month.

Jetpack Joyride 2 is coming soon and, in fact, in the App Store we can find a game file with screenshots and a trailer.

Prepare your boosters, Jetpack Joyride 2 is coming to Apple Arcade

The original installment of the game consisted of a very simple mechanic, Jetpack Joyride is a shooter runner which is about a charismatic character named Barry Steakfries who must go through multiple levels using a jetpack and a gun while collecting coins and destroying his enemies.

Jetpack Joyride 2 will bring together a large part of the elements present in the original title but with a little twist. According to developers at Halfbrick Studios it will have a “story driven experience” with new gameplay mechanics.

Jetpack Joyride 2 will feature similar gameplay to its prequel

The game will not feature in-app purchases so players can customize their character, weapons, and boosters. By being available on Apple Arcade, the developers agree not to place any ads or in-app purchases in their games. The graphics also seem quite improved regarding the prequel, from what we can see in the screenshots of Jetpack Joyride 2.

Halfbrick Studios released Jetpack Joyride 2 for testing in select markets on both iOS and Android during the month of March 2021. Shortly thereafter on February 28, 2022 according to TheVergethe second installment of the popular game shooter was removed from Apple’s App Store and Google’s Play Store because developers wanted to “enter a new closed phase of development for an indefinite period.”

Maybe by then the developers at Halfbrick Studios already knew that the sequel to Jetpack Joyride would come exclusively to Apple Arcade or maybe not. Be that as it may, it is a spectacular game that we strongly recommend trying.

So if you want to control the legendary Barry Steakfries again, you’ll need to have a subscription to Apple Arcade for 4.99 euros per month. The title will be available from August 19, 2022. Additionally, you can also enjoy the latest Apple Arcade releases in July and a wide catalog of mobile games without ads.

What do you think about the release of Jetpack Joyride 2 on Apple Arcade? Have you ever played the original game?