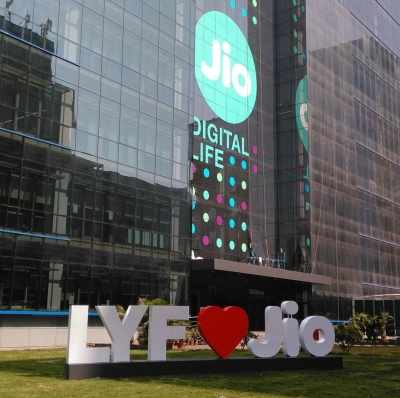 Technology News Desk !!! With Jio’s acquisition of 700MHz, BofA Securities said in a report that the company is well positioned to roll out standalone 5G. The advantage of standalone 5G is that the company will be able to offer true low-latency applications, such as slicing. It’s difficult to offer this to its peers given the lack of spectrum (telcos can’t roll it out on the 4G band). “While 5G standalone still lags behind in terms of handset, equipment and applications, we find Jio better positioned than its peers to offer differentiated service,” the report said. This can help the company to capture high-end customers from its competitors. Jio was the top spender at $11.1 billion, followed by Bharti ($5.5 billion) and Vodafone Idea ($2.3 billion). In the auction, Jio bagged 700 MHz of spectrum and made incremental bidding in select circles in the UP-East. BofA Securities said, “With the auction ending, we believe the focus will be on the rollout and market share gains on the back of 5G.” We find RIL in the best position, followed by Bharti. Foreign brokerage JP Morgan said in a report that as expected, the highest interest was seen in the 3300 MHz and 26 GHz bands, but Jio surprised by leasing out the 700 MHz. With the recent spectrum acquisition, Jio has the highest share of spectrum ever.

JPMorgan said, Jio acquired 220 MHz in the 700 MHz band, which came as a surprise. We believe a reasonable 700 MHz would cost, which was 17 per cent cheaper than the 800 MHz that was bagged in last year’s auction, which is better support for an accelerated 5G launch. With this, Jio gets the lead in the overall spectrum market share. With the recent spectrum acquisition, Jio now has the highest spectrum (47 per cent stake) in India, followed by Bharti Airtel (38 per cent) and Vodafone Idea (14 per cent). The annual spectrum payment for Jio will be Rs 79 billion, for Bharti Rs 39 billion and for Vodafone Idea Rs 17 billion. However, telcos will save a lot on SUC, as the additional spectrum comes at 0% SUC charge. The weighted average SUC for telecom companies has now come down to 0.2-0.8 per cent from 3.5 per cent earlier, resulting in significant cost savings.

JP Morgan said, “We estimate annual savings of Rs 30-40 billion for Bharti and Jio and Rs 12-15 billion for Vodafone Idea in FY 23-25.” Jio said in a statement that the acquisition of rights to use this spectrum will help Jio build the world’s most advanced 5G network and further strengthen India’s global leadership in wireless broadband connectivity. Akash Ambani, Chairman, Reliance Jio Infocomm said, “We have always believed that India will become a major economic power in the world by embracing the power of breakthrough technologies. It was this vision and conviction that gave birth to Jio. The speed, scale and social impact of Jio’s 4G rollout are unmatched anywhere in the world. Now, with a bigger ambition and a stronger resolve, Jio is all set to lead India’s march into the 5G era.

We will celebrate the Amrit Mahotsav of Azadi with a pan-India 5G rollout. Jio is committed to offer world class, affordable 5G and 5G enabled services. The increased network capacity will meet the rapidly growing data demand on the Jio network which already has one of the highest wireless data traffic in the world. Jio’s comprehensive fiber-based offering, now complemented by wireless home offerings, will propel India to lead in home broadband services in the same way that Jio enabled India to take the global leadership in mobility services.

Twitter confirms a mega hack to its service: What you must do to protect your data and account

both will be merged into a new service

Will Jio 5G work in your Smartphone or not? Check with this simple step

tech news desk Nowadays, most people are very conscious about their health and well being…

Since the forthcoming arrival of the Google Pixel Foldpeople are eager to know its features.…