Jio leads in 5G race, gets internet speed of 1.5Gbps in trial 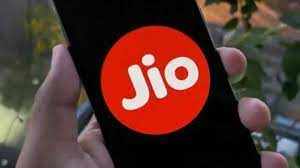 Share
Facebook Twitter LinkedIn Pinterest
Tech News Desk – Jio 5G is yet to be launched in India. With the auction of 5G spectrum scheduled for June, telcos like Jio and Airtel are all set to launch 5G services in a few months. So we can expect to see 5G network live in India by September or October. Apart from this, Jio, Airtel and Vi are conducting 5G trials across the country. At the same time, Jio recently announced that it has achieved 5G speed in excess of 1.5Gbps in field trials in eight states. Jio on Friday announced its quarterly financial results. Further, the company revealed that it has conducted extensive 5G field trials in eight states. Meanwhile, Jio tested a comprehensive suite of products including M-MIMO, Macro, Outdoor and Indoor Small Cell. 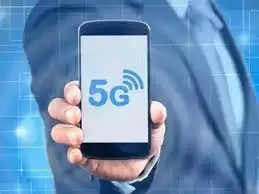 Even in its 5G field test, Jio achieved peak user throughput with speeds exceeding 1.5Gbps. However, this is much less than the test speed achieved by Vi. To recall, Vodafone Idea recently announced that it had achieved peak 5G download speed of 3.7 Gbps during its testing in September. Apart from this, if we talk about the Q4 result of Reliance Jio, then the company informed that Jio has become the number 1 FTTH service provider in the country, whose services are now reaching 60 lakh buildings. Jio users spend an average of 5 hours a day on the set-top box. Further, the consolidated EBITDA of Jio Platforms grew by 27.4% (YoY) to Rs. 10,918 crore ($1.4 billion), indicating strong revenue growth and improving margins.