John Deere deactivated them and they no longer work 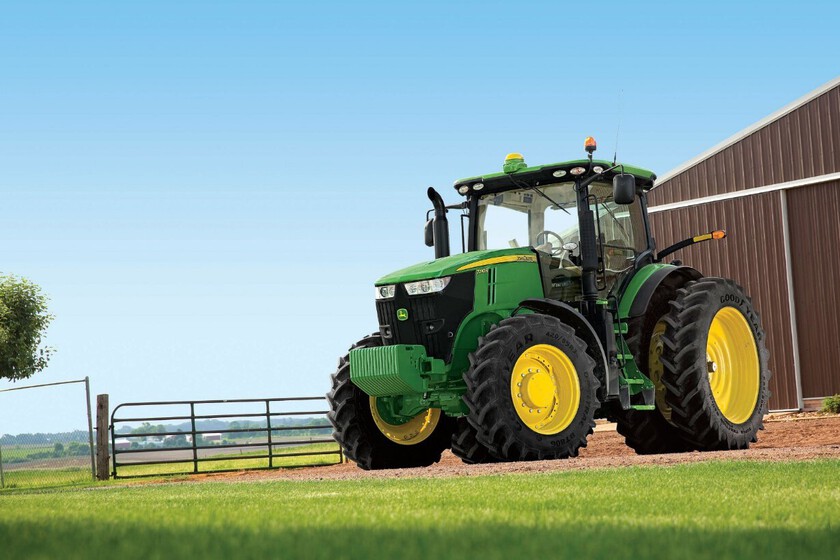 Russian troops, in the war in Ukraine after the invasion, have been stealing machinery and industrial equipment, especially agricultural, for weeks, as reported by the media. But after theft, technology and having objects connected to the internet helped make those agricultural machines useless to the soldiers of Russia.

Specifically, after stealing agricultural equipment from a dealer in Melitopol, which was worth €5 million (the harvesters alone were worth €300,000 each) and which was from a John Deere dealer, the Russian troops who did the looting could not use the equipment.

The John Deere brand is known for having tractors that can be controlled remotely from the smartphone and that have intelligent obstacle detection.

So through John Deere, the supplier was able to block them and the thieves couldn’t use any of the equipment because… were connected to the network and were remotely blocked.

According to the information we know, these teams, which have a remote lock function and also a built-in GPS was located more than 800 kilometers away from Melitopol, the place where the robberies took place.

In any case, although the thefts have not been productive for the Russian troops, they have helped to put pressure on the economy and citizens of Ukraine: This region produces hundreds of thousands of tons of crops a year and without machinery, all this work will be more difficult.

John Deere is a very curious brand that, in fact, through its software, prevents farmers from repairing their equipment themselves. Even John Deere can turn off their machines whenever they want, although they have said they have only done this on construction equipment in china when the financing terms required it.

The brand name has become the reference that has been used against the Digital Millennium Copyright Act of the United States that came into force in 1998 to legislate aspects that unite hardware and software today. Different sectors, including agricultural vehicles, opposed these restrictions and with this exceptions were approved that included cars and agricultural machinery.

In 2015, the debate on the concept of ownership was promoted in the United States, when John Deere and the automotive giant General Motors announced the launch of their legal departments with a singular purpose: to modify the law and make it clear that even if you pay for those vehicles, they will not be yours.

We must remember that we already talked in 2017 about how the brand forces farmers to sign a clause that prohibits practically any type of repair and also prevents buyers (who are not owners) of their tractors from can sue them for being harmed by that dependence on official reparations. Already at the time, American farmers were known to import cracked John Deere software from Ukraine to hack into their tractors and repair and modify them.

It is not the first time that something like this has happened and that a connected object has served in this war. Tech Times published the story of a Ukrainian man who had his AirPods stolen by soldiers.

After this, he has been using Apple’s Find My feature which can locate a device using Bluetooth signals that bounce off other nearby Apple devices, to track movements of Russian troops after their AirPods were stolen.

5G is no longer what consumers are most interested in, analyst says

Does a mobile phone with an AMOLED or LCD screen last longer?