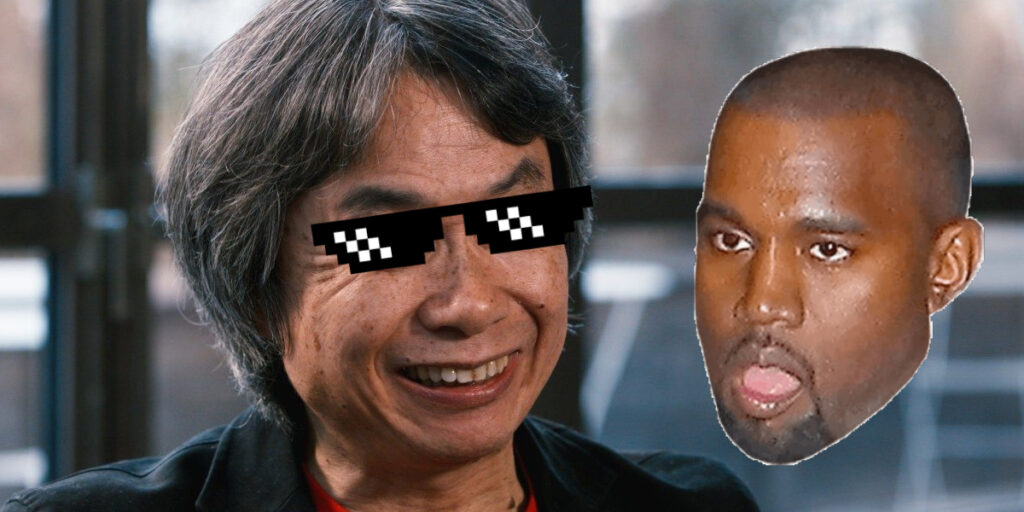 Nintendo is aware that Switch sales will drop this year

In February 2016 the rapper and fashion designer publicly announced the game, ‘Only One’

The game’s title was the same as the 2014 song West wrote about his daughter North, told from the perspective of her late mother, Donda West.

Kanye West commented on this at the time:

“I’m working on a video game and I wanted to show it to everyone…the idea of ​​the game is my mom traveling through the gates of heaven.”

Prior to the public reveal of the game, it is stated that West attempted to persuade Nintendo to take over the project by speaking with Miyamoto himself.

The story behind Kanye West’s pitch

When West’s name came up during a conversation Ryan was having with a Nintendo representative about the rapper’s new album, Miyamoto listened and began to tell an anecdote about the previous E3 through his translator.

“He said that Kanye had shown up at the Nintendo booth unannounced and asked for an audience with Miyamoto specifically, right then and there.”

“He went on to say that Kanye showed him the prototype of a video game. In it, you played as Kanye’s late mother flying into the sky, with a soundtrack directed by Kanye himself.”

“He was shaking his head as he described it, not like he thought it was a bad game… but more in the way that he just couldn’t believe Kanye West was throwing a video game at him.”

After describing what the game looked like and how it was played, Miyamoto reportedly said he was moved by the course.

“At the end of the story, he nodded and said ‘it was very interesting.’ There was a long pause and he added ‘it was very moving,'” Ryan recalled.

“Then he laughed A LOT and said ‘Kanye West wanted to make a game with Nintendo’ and then, in English, ‘Wow!’ and he gave me two thumbs up ».

Ryan added: “I laughed so hard. What an absurd turn of events. Not only did it happen, but the story was told to me in this VERY SPECIFIC way.”

The Twitch employee said that West announced Only One about two weeks after his interview with Miyamoto.