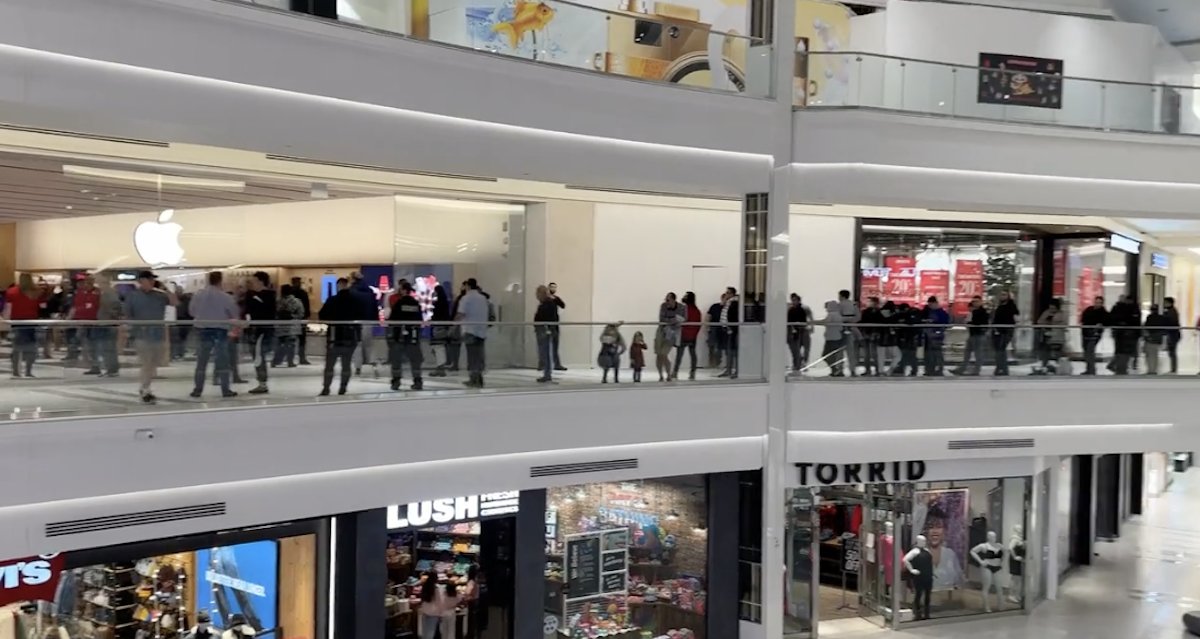 Share
Facebook Twitter LinkedIn Pinterest
Contents hide
1 The company has celebrated the opening of a new store in a shopping center called “American Dream”.
2 The new Apple Store at the “American Dream” mall in New Jersey

The company has celebrated the opening of a new store in a shopping center called “American Dream”.

It’s only been a month since Apple opened its Apple Store in Vancouver, Canada. A spectacular store with a colorful facade in the style of the 70s. And now Apple has opened a new store in New Jersey.

On this occasion, the firm with the bitten apple logo has celebrated the opening of an Apple Store in a shopping center called “American Dream” in East Rutherford, New Jerseyin United States.

As we have seen through videos shared on Twitter, the queue to enter the new Apple Store was very long. As a curiosity, it is interesting to add that they have exclusive bags with the colored Apple logo for customers.

The mall “American Dream” It is one of the largest shopping malls in the entire United States. In fact, it is considered the second largest mall in the country, behind only the Mall of America in Minnesota.

It has a total of 278,000 square meters and has multiple entertainment attractions. And, in addition, it now has a fabulous Apple Store.

Users of Twitter They have wanted to share video images of the opening of this Apple Store in New Jersey that we have found thanks to the colleagues of 9to5mac. In them, we can appreciate the kilometric queues to enter on the opening day. A real madness!

“Here at the grand opening for Apple American Dream!”

“Grand Opening: Apple has opened a new store at the American Dream Mall.”

Customers who bought a product at this “American Dream” Apple Store received a exclusive bag fabric with a rainbow-inspired apple logo design.

Regarding interior design, the Apple Store has the iconic style of the Apple stores that have opened around the world lately. This news has come shortly after it was discovered that Apple could have planned to open a new Apple Store in Madrid after publishing up to 44 job offers in the capital of Spain.